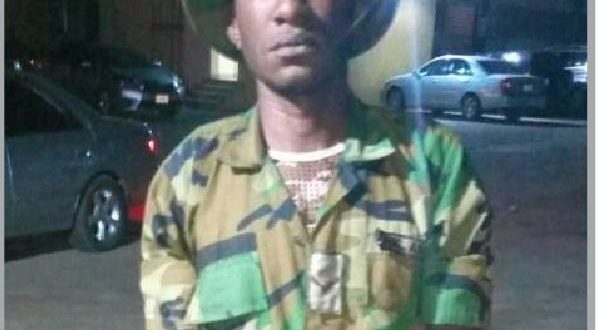 Police  operatives have arrested a Lance Corporal with the Army for being an alleged accomplice to suspected kidnap kingpin, Chukwudumeje George Onwuamadike, alias Evans.

The soldier identified as Victor Chukwunonso with force number 09/NA/64/6317 was apprehended at the weekend in Lagos after Evans named him and some prominent southeast businessmen as his accomplices.

The suspect, serving at the Army Band Corps, Aba Iti Barracks in Surulere, was arrested around 9pm at Ojo by operatives of the Inspector General of Police (IGP) Intelligence Response Team (IRT).

Chukwunonso, a native of Onitsha in Anambra State, it was gathered, confessed to have followed Evans on three kidnap missions.

According to sources, Chukwunonso confessed to have received N2million, N1.5million and N3million as shares from the three operations he participated in.