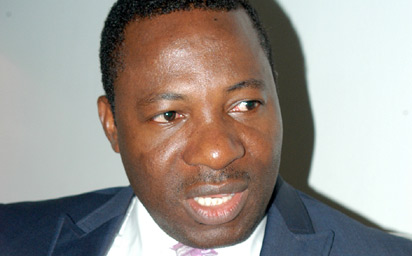 Rivers State Governor, Chief Nyesom Wike who recently sacked the Commissioner for Works, Mr. Bathuel Harrison,  just barely 24hrs after the sack of the commissioner of works, Dr. Austin Tam-George, has resigned from his position as the State Commissioner for Information and Communication.

Tam-George, who disclosed his decision to withdraw his services to the state government on Friday, said he had sent his resignation letter to the governor.

He however did not give any reason for his resignation, but only added that he had handed over to the Director of Administration of the ministry.

A copy of the letter, which was sent to the governor read, “I wish to resign my appointment as Commissioner for Information and Communication with effect from today, 23rd June, 2017.

“I have handed over officially to the Director of Administration of the Ministry. Thank you for the opportunity to serve the state.”

Wike had in a statement signed by his Special Assistant on Electronic Media, Mr. Simeon Nwakaudu, announced the sacking of the Works Commissioner, Bathuel Harrison with immediate effect.

According to the statement, “Rivers State Governor, Nyesom Ezenwo Wike has relieved  the State Commissioner  of Works, Mr. Bathuel Harrison of his appointment with immediate effect.

“The former commissioner has been directed to hand over to the Permanent Secretary, Ministry of Works.”

No reason was, however, given for the decision to relieve Harrison of his former position.