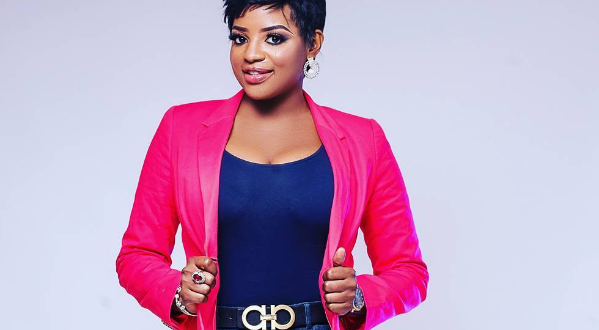 Don’t leave Your Man If He cheats… ,Men Are Born To, Funke Adesiyan Advises Women

June 24, 2017 Comments Off on Don’t leave Your Man If He cheats… ,Men Are Born To, Funke Adesiyan Advises Women 15 Views

Nollywood actress, Funke Adesiyan, says that women should not leave their husbands when they cheat on them because men are naturally inclined to cheat.

In a post on her Instagram page, the actress, who represented the People’s Democratic Party in the 2015 house of assembly election in Oyo likened leaving a man because he cheats to leaving a place because it rains.

“Leaving a man because he cheats is like relocating from Nigeria to America because of rain. News flash: it rains everywhere. Find a good man who loves you and appreciates you.

“Every other thing can be worked on. Men are naturally born to cheat. Look beyond this flaw and focus on how he treats you.”

The post did not go down well with some people and this earned the actress a tongue lash in the comment section.

In response, she wrote: “I read many comments from my last post and I couldn’t stop laughing. It’s funny that it’s women who are answering for their men that the men don’t cheat on them.

“My sisters, let the men answer for themselves. The truth is a bitter pill to swallow. You cannot answer for people. I stand by my position 100%.

“I know that as modern women, we aim to break away from the norm and be as westernised as possible but believe me, it happens everywhere.

“It’s only those who got caught that are referred to as offenders. Not many men can sincerely say they have been with only their partner for 10 years without “playing”. It doesn’t make them bad people, it just makes them men.”