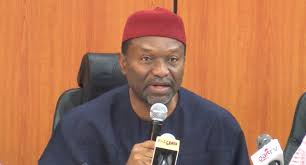 The Minister of Budget and Planning, Udoma Udo Udoma has said that the 2017 budget will focus on businesses around the private sector.

He said that the budget will create an enabling environment for the private sector to thrive in their business.

The Minister made this known on Channels Television’s breakfast programme, Sunrise Daily.

He said that the aim of the budget implementation is to get the country out of recession, which he said is by spending.

He explained that 30% of the budget is for capital, which from the allocation over 50% will be infrastructure, roads, railways, power amongst others.

“These are the things that will get contractors back to work and stimulate the economy, this is actually the target of the budget”.

The minister disclosed that through the Executive Order that was issued by the Acting President Yemi Osinbajo for businesses to be made easier, the private sector has shown a lot of direction, enthusiasm, optimism of support which the government is giving.

He revealed that the Presidential Committee on the aid of easing business has been set up with the Minister of Investment and Trade as part of it, to address the issues that may affect the process.

He added that some issues will be addressed by the government that affects the private sector, such as visas for smooth passage of travelling, port clearance easier and getting a 24 hour service.

The minister expressed optimism on the full implementation of the budget and called on all Nigerians to monitor the process to make it a success.