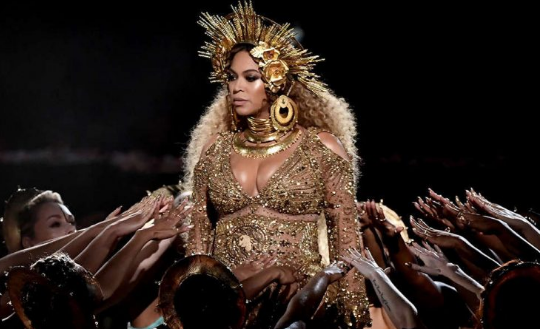 Beyoncé Knowles’ twins were born premature and are “under the lights” to normalise, according to TMZ.

The singer’s babies are said to be undergoing treatment for jaundice.

Jaundice is a yellowish discoloration of the skin, mucous membranes and of the white of the eyes. It is caused by elevated levels of the chemical bilirubin in the blood.

The condition is common among preterms.

About 60% of term and 80% of preterm babies develop jaundice in the first week of life while approximately 10% of breastfed babies are still jaundiced at 1 month.

‘Bili lights’ is a phototherapy designed to eliminate high levels of bilirubin in the blood.

The twins’ arrival was only made known last weekend.

US media reported that the babies have been in the hospital since their birth a week ago.

The newborns, a boy and a girl, were said to require observation due to a “minor issue”.

Doctors were said to be uncomfortable with sending them home.

The ‘Formation’ singer, in February, announced on social media that she was expecting twins.

The announcement got more than 8 million Instagram likes in the first 24 hours.

She held a push party in May, which was attended by Michelle Williams, Kelly Rowland, La La Anthony, Vanessa Bryant, and Serena Williams.

Beyoncé and JAY-Z are already parents to 5-year-old Blue Ivy.