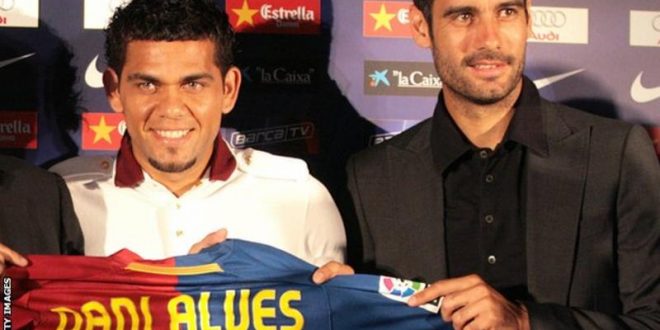 City do not have an experienced right-back after releasing out-of-contract duo Pablo Zabaleta and Bacary Sagna.

Guardiola has been linked with Tottenham’s Kyle Walker but is understood to be considering whether to bid for 34-year-old Alves, who played for Juve in their Champions League final loss to Real Madrid on 3 June.

It is thought Juve want £5m for Alves.

Guardiola knows Alves well having brought the Brazil international to Barcelona from Sevilla for £23m in 2008.