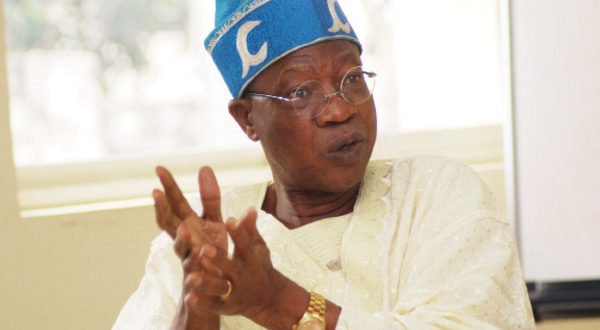 Osinbajo Gets In Touch With Buhari Every Day – Lai Mohammed

June 16, 2017 Comments Off on Osinbajo Gets In Touch With Buhari Every Day – Lai Mohammed 9 Views

The Minister of Information and Culture, Mr Lai Mohammed, has said Acting President Yemi Osinbajo gets in touch with President Muhammadu Buhari every day and that there is “so much trust” between both men.

Mr Mohammed said this when he appeared on Politics Today on Channels Television.

Asked if President Buhari is in support of the meetings the Acting President is having with leaders of the North and South East amid growing tension in both regions, the minister said there is no concern about that.

On the calls for the restructuring of Nigeria, Mr Mohammed said that was not a priority for the government.