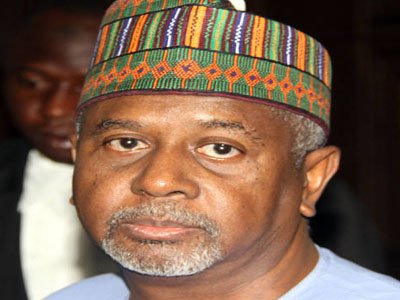 The Federal High Court, Abuja has granted  the request of the Federal Government’s request for  witnesses to testify behind the screen against the former National Security Adviser, Col. Mohammed Sambo Dasuki (rtd), in his trial for alleged money laundering and illegal possession of fire arms.

Justice Ahmed Mohammed said other members of the public in court will not be allowed to see the witnesses.

The judge rejected the Federal Government’s other prayers regarding the use of pseudo names. He said the witnesses’ names are already contained in the charge.

The matter was adjourned till September 20 and 21, 2017 for continuation of trial.

Dasuki was re-arraigned before Justice Mohammed on a seven-count amended charge.

In an amended charge, Dasuki was accused of being in possession of prohibited firearms without requisite licence, contrary to Section 28 of the Firearms Act, Laws of the Federation of Nigeria 2004.

He was specifically alleged to have been in possession of five terror rifles at his residence in Asokoro, Abuja.

Besides the firearms, Dasuki was also accused of money laundering and was said to have been in possession of $40,000, N5 million and & 20,000 Pounds allegedly found in his house in July.

According to the charge, the money was said to be proceeds of an unlawful act, contrary to Section 15 (3) of the Money Laundering Prohibition Act.

The amended charge also indicated that $150,000 and another N37 million, being proceeds of an unlawful act was also found in his Sokoto residence in July 2015.

Dasuki pleaded not guilty to the seven counts.