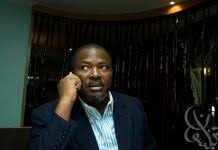 NPAN To EFCC: Invasion Of Media Houses Is Unconstitutional

June 14, 2017 Comments Off on NPAN To EFCC: Invasion Of Media Houses Is Unconstitutional 10 Views

A statement signed by the President of NPAN and Chairman/Editor-in-Chief of THISDAY Newspaper Group, Mr. Nduka Obaigbena, also called on the federal government to call EFCC to order for the greater good of the country and the rule of law.

While stressing that invasion of media houses is unknown to the constitution, Obaigbena urged the federal government to call the EFCC to order.

“Given these developments, it is our considered view that the EFCC, being a State institution and a creation of the law, cannot be above the law and the manner of the invasion tends to suggest that the EFCC was out on a self-help mission, a voyage to intimidate journalists, criminalise journalism and cower free speech,” the statement read.

“We should continue to remind ourselves that this crude tactics of invasion of media houses and harassment of journalists did not work in the past, is not going to work now, and will never work. It is unknown to The constitution of the federal republic of Nigeria.

“We call on the federal government of Nigeria and all people of reason and goodwill to call the EFCC to order for the greater good of the federal republic Nigeria and the rule of law.”

He said the EFCC abridged the rights of the newspaper’s workers rights “by preventing those who were in the premises from leaving, and others reporting for duty from entering the premises.”

“Facts before the NPAN indicate that the EFCC operatives swooped on the newspaper in the early morning of June 12, while Nigerians were commemorating the historic day of Free Expression, and ordered security men to take them on a guided tour of the premises of the newspaper,” it read.

“The EFCC operatives subsequently prevented journalists and staff from performing their constitutional duties, and abridging their rights by preventing those who were in the premises from leaving, and others reporting for duty from entering the premises.”