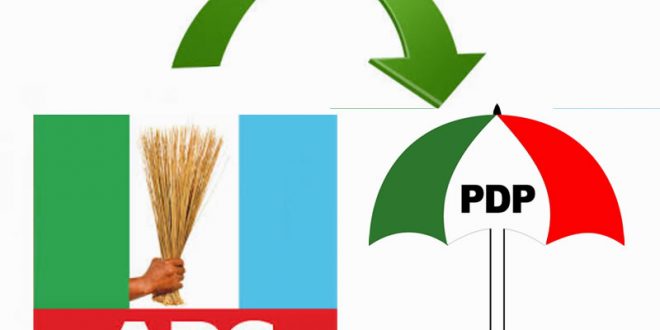 Adeleke defects to PDP ahead of by-election in Osun state

June 14, 2017 Comments Off on Adeleke defects to PDP ahead of by-election in Osun state 47 Views

An All Progressives Congress aspirant in the Osun-West senatorial district, Chief Ademola Adeleke, may have defected to the Peoples Democratic Party to contest the July 8 senatorial by-election.

A chieftain of the PDP, who pleaded anonymity, said this while speaking with our correspondent on the telephone, on Tuesday.

The PDP chieftain said Adeleke would contest on the platform of the opposition party.

He said, “We have been talking to our leaders and members on this. We want to win this election and we know that he is popular. Adeleke will contest on the platform of the PDP.

“The APC has decided to clear Mudashiru Hussain despite his disqualification and the Adeleke group is aware that the APC primary would be manipulated to favour Hussain.”

One of the supporters of Adeleke, who pleaded not to be named,   confirmed this to our correspondent on the telephone.

He, however, said the camp was waiting for the PDP to break the news.

Adeleke could not be reached as calls placed to his telephone indicated that the line had been switched off.

His media aide, Mr. Olumide Lawal, did not pick the call placed to his telephone to confirm or deny the insinuation.

But the Chairman of the PDP in Osun State, Soji Adagunodo, confirmed the defection of Adeleke to the PDP via a text message to our correspondent.

The Secretary, Adeleke Support Group, Alhaji Saheed Afolabi, who is a chieftain of the APC, said Adeleke had picked the PDP nomination form to contest the primary expected to hold on Wednesday.

He said, “Otunba Ademola Adeleke has picked the PDP nomination form. You will see him at the PDP primary election tomorrow. He is only going for affirmation because the PDP has talked to their aspirants and they have all agreed that Ademola Adeleke should be given the ticket.”

“The entire people of the Osun-West senatorial district are solidly behind Ademola Adeleke. They cannot stop him and he is going to win this election. Our appeal to INEC and the acting President, Yemi Osinbajo, is that they should not allow the desperate APC leaders in Osun State to use them to rig the election.”