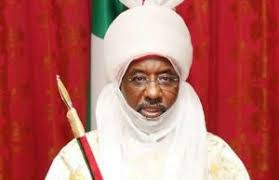 The Emir of Kano, Mallam Muhammad Sanusi 11, on Wednesday sacked his Senior Private Secretary, Alhaji Isah Bayero, over what was described as alleged sabotage.

A former pilot with the Kabo Air, Isah Bayero was appointed as an aide to Sanusi in 2014 when the former Central Bank of Nigeria governor became the emir to succeed the late Ado Abdullahi Bayero.

Punch reports that  Isah Bayero was sacked after he was accused of leaking information on the expenditure of the council’s funds to the media.

The leakages led to a public outcry and eventual investigations into the finances of the Emirate Council by the state Anti- Corruption Commission and the Kano State House of Assembly.

Emir Sanusi 11 came under public criticisms, following unsubstantiated allegations that he inherited N4bn from the late Emir of Kano, His Highness, Alhaji Ado Abdullahi Bayero and squandered it.

Following the allegations, the Emirate Council promptly summoned a press conference, during which the Chief Finance Officer of the Palace, Walin Kano, Alhaji Mahe Bashir Wali, described the allegations as false and baseless.

It was also gathered that the emir’s younger brother, Mustapha, who is the Falaki of Kano and an in-law to the late emir Ado Bayero, had been picked as Isah Bayero’s replacement.