Breaking News
Home / News / We Have No Links With APDA- PDP 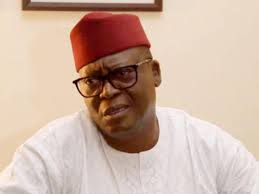 We Have No Links With APDA- PDP

APDA, a new political association, was unveiled in Abuja on Monday with Raymond Dokpesi, a member of the PDP and Dan Anyanwu, former Labour Chairman in attendance

There had been speculations that some members of the PDP sponsored the setting up of the group.

But in a statement issued hours after the launch, Dayo Adeyeye, spokesman of the PDP, said the former ruling party did not sponsor the establishment of the new political association.

He also said the PDP was in no way associated with the APDA.

“In the last few hours we have received numerous calls from our party members, concerned citizens and well-wishers on our association or otherwise with the Advance Peoples Democratic Alliance (APDA) which was unveiled today at Abuja,” he said.

“For the avoidance of doubt, we reiterate once again that we are not in any way associated with the new party in any form or guise. The APDA is neither an offshoot of the PDP nor its alter ego as some are speculating.

“This statement is made purely to set the records straight and to avoid unnecessary innuendos, speculations and ambiguity that may threaten the continued unity and solidarity of our party members.”