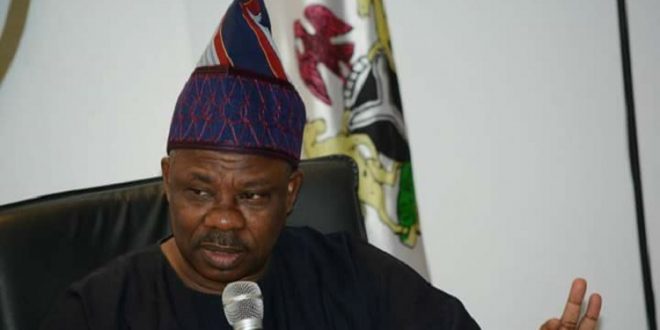 June 6, 2017 Comments Off on Ogun start the closure of Illegal Private Schools 41 Views

The Ogun Government has commenced the closure of some  illegal private nursery, primary and secondary schools operating in the state.

The Commissioner for Education, Science and Technology, Mrs Modupe Mujota, made the announcement on Monday during a monitoring exercise tagged “Operation praise or shame”.

Speaking during the exercise conducted in Ogun Central District, the commissioner directed proprietors of schools to regularise their operation within 30 days or be shut down.

Mujota said the exercise became necessary following a discovery that most of the schools were operating without authorisation of the Ministry.

She said that any school shut down would remain shut until necessary regularisation was carried out.

“The exercise is basically to root out all unapproved private schools that are operating without the authorization of the Ministry.

“The schools were closed down because they can’t operate without approval/authorization,’’ she said.

She urged owners of private school not to wait until the government wield the `big stick’’ before paying all necessary dues and levies.

She advised parents and guardians to enrol their children in government-approved schools.

Mujota ordered the closure of a Tutorial College operating inside a filling station on Ijoko road, off Gas Line area in Ado-Odo Ota LGA.

She chided the owner of the college for putting the lives of the students at risk.

She advised the students to stay away from the college until it relocated to a more befitting place and complete necessary registration formalities with the government.

Also speaking, Mr Bayo Adeyemi Special Adviser to the governor on Education, said the “Praise or Shame” exercise was not aimed at witch-hunting anybody, but to sanitise the system.

He said that it was a criminal offence for any school closed down to re-open without necessary authorisation from the government.