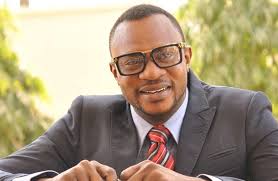 I Am Not Dead- Actor Odunlade Cries Out

The actor on Friday made an impassioned appeal to people to stop spreading rumours about his death on social media.

The actor said he has come across pictures on social media, which depicted his death.

“I am so surprised to hear it again that I am dead,” he wrote on Instagram.

“This will be the fifth time and it is becoming unbearable. It has gotten to that level in which I have to voice out.”