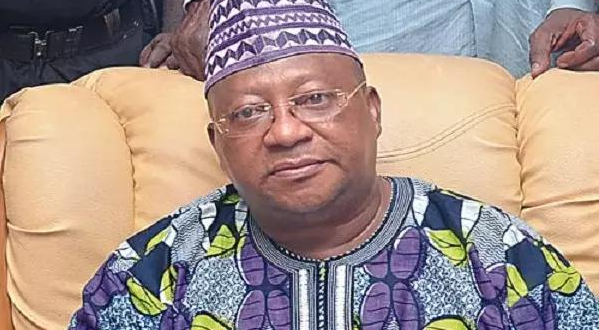 May 24, 2017 Comments Off on Adeleke family allegedly accuses LAUTECH of not releasing tissue samples of late Adeleke autopsy 28 Views

The late Senator Isiaka Adeleke family  has accused the Osun State Government and the Ladoke Akintola University Teaching Hospital, Osogbo, of frustrating their plan to conduct a second autopsy to confirm the authenticity of an earlier autopsy conducted in the hospital.

In a statement released by the family on Tuesday and signed by Dr Deji Adeleke, said the hospital had refused to release the remaining sample of the tissues taken from the body of the deceased to carry out the first autopsy.

The deceased’s family also alleged they had not been given the report of the autopsy they requested the hospital to carry out on April 23 when Adeleke died.

The immediate younger brother of the deceased said the family requested that an autopsy should be carried out on the corpse of Adeleke, who was the first civilian governor of the state, but the hospital had refused to give the result to the family a month after.

Deji stated that the family took the body of the late senator to the hospital and requested that an autopsy should be conducted, adding that it signed a letter to authorise this and paid cash for it.

He explained that the deceased’s sister, Mrs Dupe Adeleke-Sani, signed on behalf of the family and paid cash but she was not given a receipt for the payment because the incident happened on a Sunday.

He said the Chief Medical Director of the hospital, Prof Akeem Lasisi, assured them that the receipt would be given to the family but this had not been given.

The family stated that they requested the hospital to conduct the autopsy and not the hospital’s Chief Pathologist, Dr Taiwo Solaja, stressing that the claim by Solaja that the family did not request an autopsy was incorrect.

Deji said, “The Chief Pathologist’s claim that the Adeleke family is not entitled to the autopsy report because the instructions to conduct the autopsy were given to him by his boss and not directly by the family, is unethical, unprofessional and utterly ridiculous, to say the least.

“The Adeleke family will like to put it on record that the Osun State Government-owned Ladoke Akintola Teaching Hospital, Osogbo, has also refused to release the remaining sample of tissues removed from the body of our departed hero, Senator Isiaka Adetunji Adeleke, for the conduct of the autopsy that would have allowed the family to seek the conduct of a second autopsy from an ethical, professional and non-political medical facility outside Osun State.

“The Adeleke family will like to state again that the family has been unjustifiably denied the report of the autopsy  and the remaining sample of tissues taken from the body of late Senator Isiaka Adetunji Adeleke by the Osun State Government-owned LAUTECH Teaching Hospital, Osogbo.”

The deceased’s family said it was strange that professional medical practitioners allegedly ignored the oath they swore to and allowed themselves to be compromised by their masters.

He said the CMD, who said he was in Abuja, then told the family that the report was ready and that a copy was already with the police while another copy was with the chief pathologist.