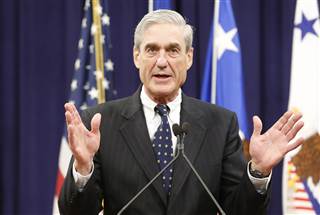 Mueller will take command of the prosecutors and FBI agents who are working on the far reaching Russia investigation, which spans multiple FBI field offices on both coasts.

“In my capacity as acting Attorney General, I determined that it is in the public interest for me to exercise my authority and appoint a Special Counsel to assume responsibility for this matter,” Rosenstein said in a statement. “My decision is not a finding that crimes have been committed or that any prosecution is warranted. I have made no such determination. What I have determined is that based upon the unique circumstances, the public interest requires me to place this investigation under the authority of a person who exercises a degree of independence from the normal chain of command.”

Mueller led the FBI for 12 years under Presidents George W. Bush and Barack Obama. He is second only to J. Edgar Hoover for longest tenure for an FBI chief.

Mueller has agreed to resign from his private law firm in order to avoid any conflicts of interest, the AG’s office said.

“I accept this responsibility and will discharge it to the best of my best,” Mueller said in a statement.

President Donald Trump, who did not mention Mueller by name, said in a statement Wednesday evening that he looked forward “to this matter concluding quickly.”

“As I have stated many times, a thorough investigation will confirm what we already know — there was no collusion between my campaign and any foreign entity,” he said in the statement. “I look forward to this matter concluding quickly. In the meantime, I will never stop fighting for the people and the issues that matter most to the future of our country.”

A spokesperson for the Department of Justice told NBC News the White House’s Counsel’s Office was informed of the appointment of a special counsel after the order was signed this afternoon, but did not provide a specific time.

The FBI, with the help of the Treasury Department, the CIA and other agencies, has been examining evidence of possible contacts, money transfers and business relationships between a variety of Trump’s associates and Russian officials, sources say.