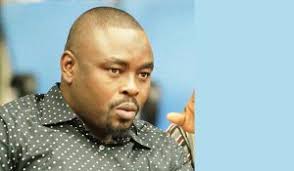 The Civil Society Network Against Corruption (CSNAC), which is a coalition of over 150 anti-corruption organization, has urged the Federal Character Commission, to urgently investigate the State Security Service over the recent officers’ recruitment scandal that rocked the Service.

In a petition sent to the Commission and signed by the group’s national chairman, Mr. Olanrewaju Suraju, CSNAC said from its analysis of the said list of recruited officers, it is unclear what specific rationale or criteria informed the final selection of the new officers.

The petition read: “It has been revealed by media reports, particularly the report of Premium Times Online Newspaper dated the 28th day of April, 2017 that Nigeria’s internal secret service, State Security Service (SSS) was involved in a recruitment scandal following the discovery of a lopsidedness fraught with favouritism and nepotism in the composition of the new officers recently absorbed into the agency.

“The list containing the names of the newly commissioned cadet officers revealed that the federal character principle was not adhered to in the recruitment of the said officers as some states were unduly favoured over others based on extraneous considerations.
“From our analysis of the said list of recruited officers, it is unclear what specific rationale or criteria informed the final selection of the new officers owing to the inequitable selection outside the provisions of the federal character principles.”

While highlighting the constitutional requirements of due compliance with the Federal Character principle in recruitment into the federal civil service and agencies as enshrined in the provisions of Section 4 (3) of the 1999 constitution (as amended), CSNAC said there are clear violation of the principle.

“Clearly, in violation of the afore-stated principle, the following are the figures relating to the composition of the new officers:
North west- 165
· North east- 100
· North central- 66
· South west- 57
· South east- 4
· South south-42

“It is on the basis of the above discovery that we hereby demand an urgent investigation of the SSS in respect of the above anomaly.
“The said investigation is necessary and expedient in view of the public’s current aloofness to the credibility of the current administration’s fight against corruption; this is also with a view to reiterate the government’s commitment to ensure equity, equality, justice and good governance in the country.

“We thus urge the commission to facilitate the speedy redress of this matter and possibly bringing to account of anyone indicted in this requested investigation,” CSNAC said.