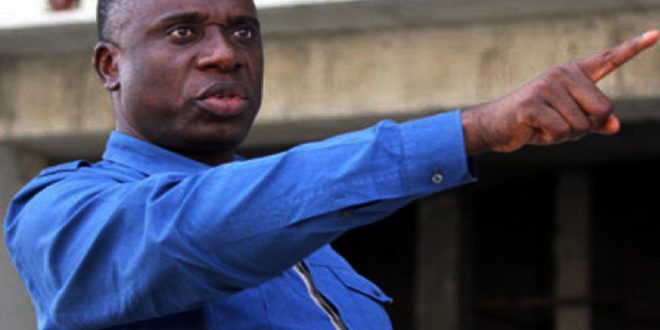 Ikoyi $43m: Wike’s inaction in court has vindicated me- Amaechi

The Minister of Transportation and immediate past governor of Rivers State, Mr. Rotimi Amaechi, has said that the failure of his successor, Governor Nyesom Wike, to prove in court the allegation that the $43m found in an Ikoyi apartment belongs to the state has exonerated him of any link to the cash.

Amaechi described the claim by the state governor that the seized money was proceeds from the sale of gas turbine belonging to the state as lies from the current governor of the state.

The minister, who spoke on Sunday through his Media Office, said that Wike’s claim was meant to denigrate him (Amaechi).

Amaechi also expressed his support for Nobel laureate, Prof. Wole Soyinka, who expressed the need to criminalise distraction in the war against corruption.

The statement noted, “Wike’s failure to prove his allegations against Amaechi in a court of law or even in the court of public opinion clearly vindicates our position and completely exonerates Amaechi of any link or connection to the Ikoyi money and apartment.

“Since he became governor, Wike sleeps and wakes up every day with a one-point agenda to attack and denigrate Rotimi Amaechi, his erstwhile benefactor, no matter how ridiculous and silly he sounds.

“Wike had also lied that the luxury Ikoyi apartment belonged to Amaechi. Amaechi had strongly debunked Wike’s unfounded claims and had challenged Wike to provide evidence of his (Amaechi’s) ownership of the money and the apartment where the money was found.

“To stem this dangerous trend, this is why we are in full support of Prof. Wole Soyinka’s call that in the anti-corruption war, detractors who deliberately create distraction should be criminalised and prosecuted,” Amaechi said in the statement.

According to him, “The seven-day ultimatum has long expired, yet no action, whether legal or otherwise by Wike to prove his malicious allegations and claim to the money.

“Again, on Friday, May 6, another wonderful opportunity was open for Wike to prove his frivolous allegations against Amaechi and claim the money, before Justice Muslim Hassan of the Federal High Court, Lagos.

“The judge had on April 13, directed that anyone who owns the money should come forward to claim it. Neither Wike nor his lawyers were anywhere near the court. Again, another no show.”