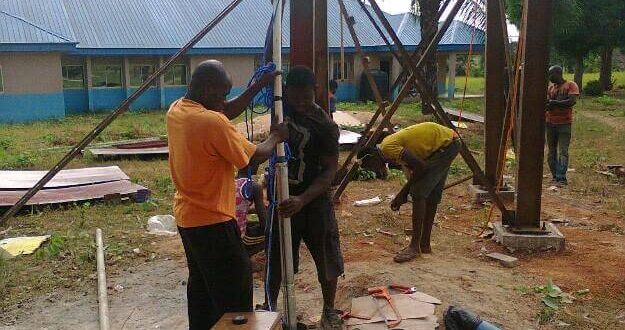 April 11, 2017 Comments Off on Lagosians to start collecting permit before drilling boreholes 92 Views

Lagos state government says it has to grant permission to any resident who intends to sink borehole for any purpose.

The new development was made known the state Commissioner for the Environment, Dr. Babatunde Adejare, on Monday.

He said the registration permit for boreholes would attract minimal charges.

“Water is a resource that ought to be protected. This is why the government recognises the need to minimise the pollution of the underground water by controlling indiscriminate sinking of boreholes, which is a factor contributing to the pollution,” Adejare told NAN.

“No responsible government would fold its arms and allow uncontrolled pollution of underground water through indiscriminate sinking of boreholes.

“By controlling sinking of boreholes, we would have done a lot to curtail the outbreak of water-borne diseases.

“The essence of obtaining permit is to create a database of boreholes and ascertain the quality of water being consumed by Lagosians.

“The government has not introduced charges for consumption of water from boreholes, neither has it criminalised the sinking of boreholes,” he said.

According to him, consumption of minimum of 50 drums per day qualifies as commercial usage of borehole.

He said that no individual or household could use 50 drums of water in a day, except for commercial purposes.

Adejare said the state government would not prevent people from having access to good and potable water.