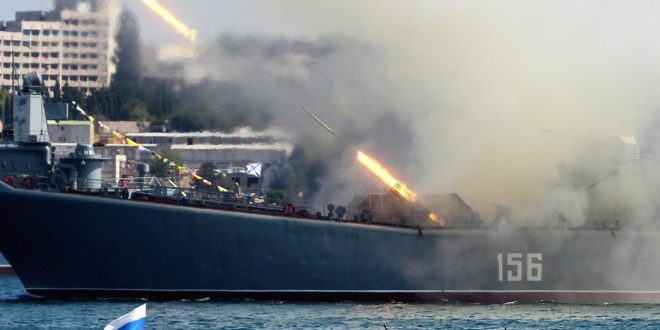 Russia and Iran warned USA against any further attack on Syria

April 10, 2017 Comments Off on Russia and Iran warned USA against any further attack on Syria 18 Views

Russia and Iran have warned the US  against any further attack on Syria will be  retaliated with force if their own “red lines” are crossed in Syria.

Following Friday’s cruise missile strike on a Syrian airbase, in retaliation for the chemical attack on Khan Sheikhoun earlier in the week, the alliance supporting Syrian President Bashar al-Assad made a joint statement threatening action in response to “any breach of red lines from whoever it is”.

“What America waged in an aggression on Syria is a crossing of red lines. From now on we will respond with force to any aggressor or any breach of red lines from whoever it is and America knows our ability to respond well,” the group’s joint command centre said.

US President Donald Trump said the strike on al Shayrat airbase, near Homs, with some 60 Tomahawk missiles was “representing the world”. The base was allegedly used by Syrian forces to conduct the attack, which killed more than 70 people.