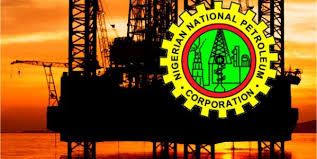 The Supreme Court of the United Kingdom in a unanimous judgment, granted a reprieve to Nigerian National Petroleum Corporation (NNPC) over a $100 million bank guarantee in a case involving the Corporation and a service company, IPCO (Nigeria) Limited.

The reprieve was the latest in the protracted dispute arising from the contract between NNPC and IPCO for the construction of the Bonny Export Terminal (BET) Project in Port Harcourt, Nigeria — which had been on for about 13 years.

According to a statement signed by Ndu Ughamadu, group general manager, NNPC public affairs division, IPCO had referred its claims to arbitration in Nigeria and obtained an Arbitral Award of US$154 million in 2004, with annual interest running at 14 percent.

Maikanti Baru, NNPC GMD, said he was delighted on the new development, commending the efforts of the legal team that secured judgment in favour of the Corporation.

Baru said no stone would be left unturned to extricate NNPC from encumbrances that may impede the corporation’s access to hard earned funds which are much needed to execute developmental projects by the various tiers of government in the country.

“The development is a significant decision in the history of the case as the English Supreme Court has not only discharged NNPC from the responsibility to sustain the additional security of US$100million in favour of IPCO but it also further reiterated the finding of the English Commercial Court and the Court of Appeal that NNPC has a good prima facie case that IPCO procured the Arbitral Award by fraud,” NNPC said.

“Additionally, the decision of the Supreme Court has clarified conclusively the limits of an enforcing Court’s power to order security as a condition on the right to have a decision of a properly arguable challenge under the New York Convention 1958 and the English Arbitration Act 1996.”

Since 2004, IPCO has repeatedly sought to enforce the award in England prior to the conclusion of NNPC’s challenge of the Arbitral Award in Nigeria.

“It would be recalled that in 2008, during one of IPCO’s attempts to secure an order for the enforcement of the Award in the UK, NNPC discovered evidence that IPCO had forged documents relating to the claims and the related arbitration in Nigeria, and as a result, the parties agreed in 2009 to adjourn the enforcement proceedings in England, in order to await the determination of the fraud allegations in Nigeria.

“In 2012, IPCO again applied to the English Commercial Court to enforce the award despite the agreement on the adjournment of the enforcement action. IPCO’s application was however, dismissed on March 14, 2014, holding inter alia that NNPC had made out a good prima facie case of fraud giving NNPC a realistic prospect of proving that the whole award should be set aside. IPCO however appealed to the UK Court of Appeal.

“In 2015, the UK Court of Appeal decided that the delays in the Nigerian proceedings required the English Court to lift the adjournment and to decide whether to allow enforcement following a trial of the fraud allegations in the English Court.”

Both the commercial court and, the court of appeal concluded that the fraud allegations against IPCO were made bona fide, that NNPC has a good prima facie case that IPCO practised a fraud on the Arbitral Tribunal, and that NNPC has a realistic prospect on that basis of proving that the whole award should be set aside.

However, the UK Court of Appeal ordered NNPC to provide an additional security of US$100 million (NNPC having previously provided security of US$80million) as a condition of being entitled to advance a defence that enforcement should be refused because the award had been procured by IPCO’s fraud.

Subsequently, NNPC appealed to the UK Supreme Court to decide whether the English court, as an enforcing court, is empowered to require security for money payable under the award (or any part thereof) from a party resisting enforcement of such award as a condition for being entitled to advance a good and arguable defence that enforcement would be contrary to English public policy because the award was procured by fraud.

On March 1, 2017, the UK supreme court unanimously set aside the Court of Appeal’s Order, allowing NNPC to advance its defence in the English Commercial Court free of any such conditions.

NNPC was represented by the UK law firm of Stephenson Harwood LLP, and Nigerian law firms of “Babalakin & Co.” and “Abdullahi Ibrahim & Co.”

Share
Previous The Voice Nigeria Season 2: Winner to get recording contract, N7m SUV
Next Gowon: I Was Touched When Buhari Called From London To Condole Me Over My Sister’s Death