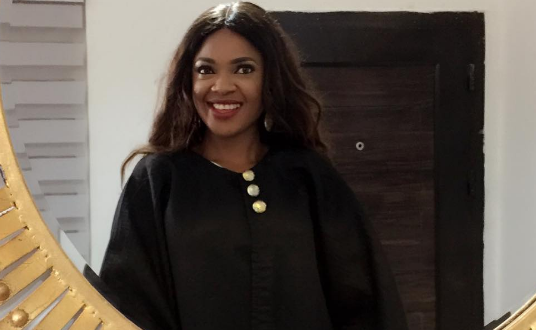 A Lagos court has lifted the ban on Nollywood actress and producer, Omoni Oboli, movie- Okafor’s Law
The actress made the announcement on her Instagram page, adding that the movie will be showing in all cinemas nationwide from Friday, March 31.
She also thanked those who stood by her while the court injunction lasted.
“I am happy to let you all know that to the glory of the living God that we serve, the injunction has just been lifted and Okafor’s Law will now be showing in all cinemas nationwide,” she said.
Okafor’s Law was supposed to premiere at IMAX Cinema, Lekki, on Friday, March 24, but a court injunction obtained by Raconteur productions prevented the movie from showing.
Raconteur Productions claims that it was subjected to series of intimidation.
Jude Idada, a Nigerian screenwriter, had claimed that the story behind Okafor’s Law belonged to him and not to Omoni Oboli.
The injunction was lifted on Thursday, March 30, by N. Buba, justice of the federal high court, Ikoyi, Lagos.
The court stated that the movie should not have been prevented from showing since the copyright claim suit was yet to be determined by a competent court of law.