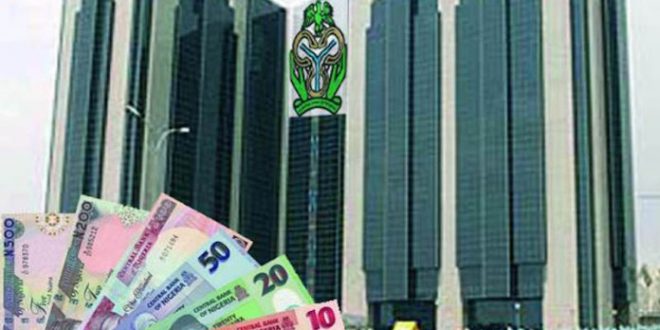 Central Bank of Nigeria (CBN) on Tuesday, March 28, 2017 crashed the rate at which it sells forex to Bureaux De Change operators to N360/$1 and instructed the BDCs to sell to end users at a rate not more than N362 to the dollar.
This is coming barely 24 hours after it pegged dollar sale for invisibles: medicals, school fees and BTAs from Deposit Money Banks (DMBs) in the country to retail end-users at N360/$1.

In a release by the CBN’s ccting director of corporate communications, Isaac Okorafor explained that the CBN, under the new policy, will sell forex to the licensed BDCs at the rate of N360/$1, while they will in turn sell to customers at a rate not more than N362/$1.

Okorafor said the objective of the new forex sale policy was to ensure a convergence of the rates in the interbank and BDC, stressing that the CBN remained committed to ensuring transparency in the market as well as fairness to end-users, many of who hitherto experienced challenges in accessing foreign exchange.
He therefore urged licensed BDCs to play by the rule, cautioning that the CBN would not hesitate in sanctioning any erring dealer.

BDC operators had complained about the disparity in rates especially as they recorded a loss of N130 million last week following the firming up of the naira at the parallel market when the difference in the value of the local currency at the interbank and parallel market closed.

The BDC operators were contemplating not buying dollars this week as the rate fixed by the CBN at which they buy was N381, higher than the rate at the parallel market as well as the new rate for invisibles at the interbank market.
President of the Association of Bureau De Change Operators of Nigeria (ABCON), Aminu Gwadabe yesterday said the buying rate for BDCs would now be N350 and selling rate would be N360 to the dollar. As at last week, BDCs were buying dollars from the CBN at a forward rate of N381 to the dollar and selling at N399 to the dollar.

Gwadabe who commended the CBN for heeding the appeal of BDCs for a level playing field for all players in the foreign exchange market pledged the commitment of operators in the sector in collaborating with the apex bank to sustain the gains recorded by naira against the dollar.

The CBN had on Monday pegged the selling rate for invisibles such as Basic/Personal Transport Allowances (B/PTA) medicals and school fees at N360 to the dollar within the banking hall.
In ensuring that there is enough liquidity at the forex market to meet demand, the CBN has so far injected more than $2 billion into the market to meet wholesale forwards as well as invisibles demand since it started its intervention in the foreign exchange market five weeks ago.

The liquidity injection by the apex bank had crashed dollar rates at the parallel market to between N375 in Lagos and N365 in Abuja. Although the value of the naira dropped to N380to the dollar on Monday, it firmed slightly to N379 yesterday. Bringing the difference between the interbank for invisibles and parallel market to N19 as against over N200 difference a month ago.

Meanwhile, the CBN spokesman also disclosed that the sum of $100 million offered to authorised FOREX dealers in the interbank wholesale window to meet the requests of genuine wholesale customers was fully subscribed at the auction on Tuesday, March 28, 2017.

He reiterated his call to all stakeholders to play their respective roles in ensuring a smooth running of the foreign exchange market for the benefit of the Nigerian economy.
Meanwhile, Governor of the central bank of Nigeria Mr. Godwin Emefiele yesterday said the bank will continue with its financial education of all Nigerians until financial services become affordable to the unbanked.

Speaking during a Financial Literacy Summit organized by the bank as part of activities to mark 2017 Global Money Week tagged: “Learn, Save, Earn’’, the governor “We are concerned about the level of financial inclusion because individuals and households lacking adequate access to a full range of responsibly delivered, affordable and convenient formal financial services would be severely constrained in participating fully in the economy.”

Represented by the CBN’s director, human resources, Mr. Edward Lamtek at the event that was held in the bank’s head office in Abuja on Tuesday, Emefiele said if left unchecked, the development will imply that the financial sector would be constrained in terms of expansion and intermediation as the disposable income in the hands of excluded persons could constitute greater savings and a wider deposit base for banks and other financial institutions.