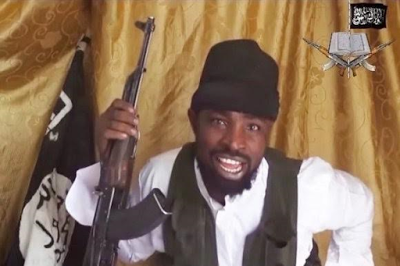 The Minister of Defence, Mansur Dan-Ali, on Tuesday, admitted that the leader of the Boko Haram sect, Shekau, has not been killed contrary to many claims of his death by the government in the past.

He also said it has been difficult arresting the sect leader because the insurgents normally wear masks to conceal their identities and divert attention.

He said anybody who has the opportunity of visiting Sambisa Forest would know that Boko Haram has been defeated.

He said the nation’s security forces have dominated the sect’s stronghold including Camp Zero that served as their spiritual headquarters and communication base.

The minister said, “I believe it is just a matter of time. It took America about seven to ten years to get Bin Laden. So. we will get Shekau as soon as possible.

“The sect’s spiritual headquarters has been ransacked and vandalised. He (Shekau) is on the run.

“He may be hiding in one of the enclaves of Sambisa Forest which we are dominating.

“We have opened up the place. We are using the place as a training area. The Army engineers will open up roads and we shall be patrolling and be ransacking that forest for the whereabouts of Shekau.”

When confronted with the fact that the government had at different times in the past claimed that Shekau had been killed, Dan-Ali said, “These insurgents have a way of putting on mask. There could be so many but we are looking for the real one. They have been using mask to portray Shekau in one incidents or the other to give an impression that he has been killed so that we will relax. But we will not relax, we are on him.”

The minister said he briefed the President about the security situation across the country and he (the President) was impressed with the performance of the armed forces.

He said although it could be difficult to achieve 100 percent, the government is working hard to ensure that there is peace in all parts of the country.

Dan-Ali said while Buhari had directed the security forces to do more, they have also requested for more equipment.

He said the issue of Internally Displaced Persons across the country also came up during the briefing.

He said the government was interested in seeing the IDPs returning to their homes so that economic activities can pick up in the deserted villages.

Share
Previous CBN Reviews Rates For BDCs To N360/$
Next Article 50: May signs letter that will trigger Brexit