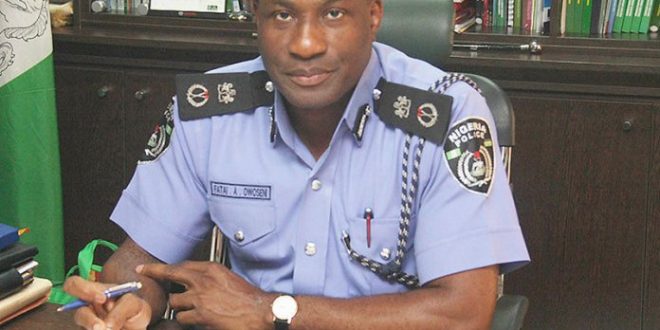 The body of Dr. Allwell Orji , who jumped off the third mainland bridge into the Lagos lagoon on Sunday has been recovered..
His body was covered at about 4p.m. by the operatives of the Marine Police and his identity was later confirmed by his family at about 5.25p.m.

Confirming the incident, the General Manager, LASEMA, Mr. Adesina Tiamiyu, said: “At about 4p.m., the body of Orji was recovered by the Marine Police and was identified by some of his family including his driver in the presence of the Commissioner of Police Lagos State, Mr Fatai Owoseni.

“The body will be handed over to the family while investigation continues. I met with the family members to express condolences on behalf of the Lagos State Government and therefore declared the search closed.”

The Lagos State Commissioner of Police, Owoseni, at a press briefing wednesday said the police are working with the service providers and using their technical platform to investigate who he called and what he discussed before taking the fatal dive.

He said: “I was personally at the scene of the incident and I was also there when the vehicle was searched. The rumours that there was a suicide note in the car was wrong. There was no suicide note.”

The CP who described the action of Orji as criminal, said the police would investigate the matter to a logical conclusion and would leave no stone unturned.

“It is purely a criminal case and the police are vested with the powers to investigate it. You can get authoritative information from the Force.

“The human error wednesday (referring to the body found) occured because as at the time the body was found under the bridge at Onikan, what went into the minds of the police officers from the Marine Police, was that he was the one since there was no reported case of any other person jumping into the lagoon.

“The police concluded that the found body was that of Orji until the driver came and said it was not Orji. The body and the clothes have been discoloured by water.

“While the search for Orji’s body is ongoing, forensic analysis will be done on the body recovered by the police.

“We also want to do the sketching of the recovered body and show it to the public so that any person who knows him should come and identify the body.

“We are still hopeful of recovering the doctor’s body because the maxim in such case, traditionally and scientifically is that after three days the body will be floating.

“I believe the members of the public using waterways will assist in informing the police when they see any body floating in the lagoon.”

On the detention of the driver he said, “It is the duty of the police to investigate the any case. The public should give us time to conclude. Whether the drive is in the custody is not the issue but to unravel the mystery.”