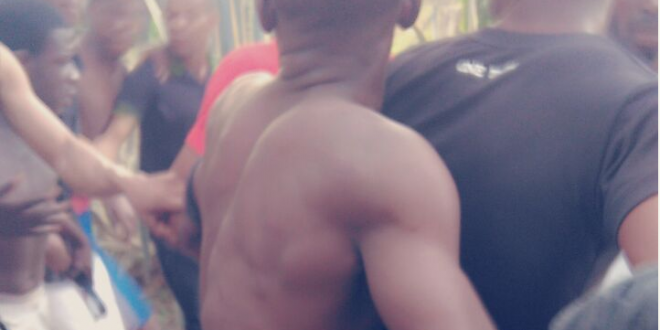 A University of Abuja student was on Sunday stripped naked by his colleagues after he was allegedly caught stealing phones at a hostel.

The boy, whose name could not be immediately ascertained, was said to be a 400 level student of Accountancy.

He was allegedly caught red-handed while trying to make away with phones belonging to some students.

Northern City News learnt that a student saw the suspected thief as he was taking the phones and raised the alarm which attracted other students.

The angry students subsequently mobbed the suspect, tore his clothes and marched him to the security post.

When contacted, the university Information Officer, Waziri Garba, said he was not aware of the incident.

“I am just hearing this, but when such things happen, we usually hand the suspect to the school security; I will get the full report, including the name of the student and his department from the Dean of Students,” he said.