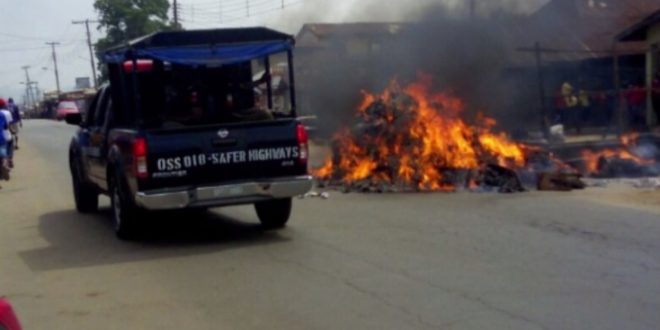 Yesterday, there was a flight between the Hausas and Yorubas at Sabo Market of Ile-Ile , Osun State.

The ccrisis  reportedly started  when a bus used his side mirror to hit a Hausa woman at Sabo.

According to  Osun State Police Command seven persons were killed  with several others injured ‎during the crisis that broke out on Wednesday morning in Ile Ife. 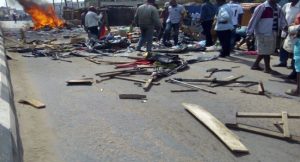 The Deputy Commissioner of Police (DCP), Aminu Koji, confirmed this to reporters at the Ile-Ife Area Command in Osun State, Southwest Nigeria.

Mr Koji said the Police have been able to bring the situation under control, adding that normalcy has returned to the areas affected by the clash.

He explained that the clash was caused by an altercation between a Yoruba woman and a Hausa man on Tuesday, and was consequently brought under control on the directive of the Ooni of Ife, Oba Adeyeye Ogunwusi.

The DCP said the incident has left many homeless while goods worth millions of Naira were destroyed.

During his visit to palace of the Ooni of Ife, he assured Oba Ogunwusi that the Police would reinforce the security operatives at Sabo and Obalufon areas to ensure the crisis was brought under total control.

Mr Koji hinted that thousands of Hausa indigenes have been evacuated to the Ile Ife Area Command for safety and to later reunite with their families.

Share
Previous Ambode To Fashola: You Are Frustrating My Administration
Next Ojodu Mourns General Adeyinka ……Says Is A Selfless Leader