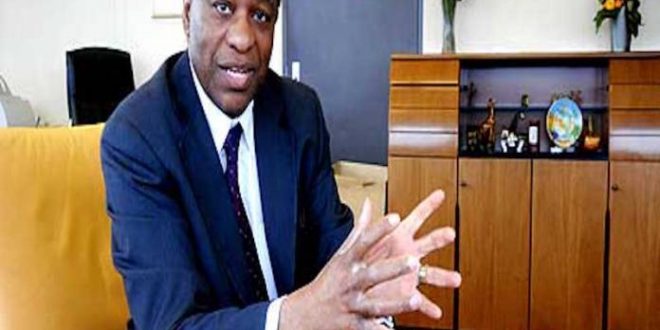 The Minister of Foreign Affairs, Geoffrey Onyeama, on Tuesday called on Nigerians desirous of traveling to the United States of America for legitimate reasons to feel free to do so as relations between Nigeria and the US had not changed.

Onyeama, while assuaging fears that Nigerian nationals are being turned back at entry point into the US, maintained that no Nigerian with a full valid entry visa was denied entry to the US as being widely circulated.

The minister stated this in Abuja while responding to questions from journalists on a US travel advisory issued by the Office of the Special Adviser to the President on Foreign Affairs and Diaspora.

“On the issue of Nigerians being turned back from the US, this is not the case. If government is speaking on any external relations, you will hear it from the Ministry of Foreign Affairs or the presidency, any other source is not from the government,” the minister stated.

Onyeama, while adding that the government relies on reports from her embassies across the globe, was emphatic that there was no report of any Nigerian being turned back from entering the US.
“We have embassy at almost 114 countries around the world and we rely on their reports. We have absolutely no report whatsoever from the US that our people are being turned back from the US or any of our consulate or any Nigerian that any of our people was turned back,” he stated.

The minister however advised Nigerians to be wary of the information emanating from social media, stressing that a large per cent of such information is not only untrue but can be very misleading.
“You need to look at the sources of the information; if that is the case, the government is obliged to take it up that Nigerians with a valid entry visa are being turned back.

“I am in touch with the US embassy and the ambassador said there was nothing of such nature.
“I can tell you to ignore any call on the advice to reconsider travelling to the US because there is no basis for that,” he said.

According to him, the US Secretary of State while describing the cooperation between the two states as exemplary, reiterated that Nigeria is not on the ban list of the US Government.

“Anything you hear in respect of the US is incorrect, so anyone that has valid document to go to the US or any other countries should please proceed to do so,” he stated.

Only two days ago (Monday), a statement from the office of the Senior Special Assistant to the President on Foreign Affairs and Diaspora matters, Hon. Abike Dabiri-Erewa, had issued a statement, advising Nigerians who do not have pressing or urgent needs to visit the US to suspend their planned trips until there is a better understanding of the new immigration policy of the US.

However, a Nigerian, Mr. Olaniyi Femi, who spoke with THISDAY, narrated his experience on his recent trip to the US.
Femi said: “I travel to US on February 21, 2017, with two years valid multiple visa. When I got to port of entry in Los Angeles, the immigration officer directed me to one BPD official who interrogated me and I answered him politely. But when he had nothing to hold me on, he said I should come for biometric to know whether I have any criminal offence. I told him that I was not a criminal; that he should go ahead.

“Later he brought some documents and directed that I should sign. I told him that I would need to read before I sign. He quickly withdrew the document and put me in a cold cell for four days. He collected all my phones so that I would not have access to my family. He later revoked my visa and returned me back to Nigeria. Honestly, this is unfair. Nigeria needs to do something.”