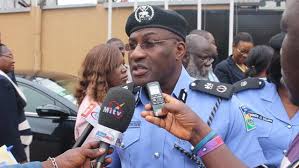 Lagos state to recycle over 4000 seized motorcycle from traffic offenders

February 28, 2017 Comments Off on Lagos state to recycle over 4000 seized motorcycle from traffic offenders 14 Views

Over 4000 commercial motorcycles impounded in Lagos State is set to be crushed and recycled in line with the provisions of the State Traffic Law 2012, the state government said yesterday.

Speaking to journalists at the Olusosun refuse dump site in Ojota, Lagos, the State Commissioner of Police, Mr. Fatai Owoseni, said the recent clampdown on okada was a fall-out of the state government’s resolve to address the security concerns posed by motorcyclists’ operations, saying that criminals were in the habit of using okada to perpetrate crime and get away.

The Lagos Traffic Law 2012 prohibits the operation of okada and commercial tricycles, also known as Keke Marwa, from operating in certain routes.

Owoseni said the state governor, Akinwunmi Ambode, had directed the police and other relevant security agencies to redouble their efforts to ensure the law was complied with, assuring that the clampdown would be sustained vigorously on a daily basis.

He said: “It would not be a one-off. So far, we have impounded about 500 motorcycles since we started our renewed efforts and we now have a total of about 4,000 bikes ready to be crushed.”

He said the enforcement would also clamp down on operators and residents who patronise them, adding that mobile courts would be instituted to try arrested offenders.

Besides, Owoseni said that due to the constant challenges of enforcing the law, the state government was already considering an outright ban on okada operations in some areas of the state, starting with the Lekki and Victoria Island axes.

The acting Commissioner for Transportation, Mr. Olanrewaju Elegushi, said the Ambode administration had warned all commercial motorcycles to steer clear of restricted routes as the clampdown on defaulters would be total.

Share
Previous I want To Help People, Says 2baba As He Donates N3.5m To IDPs
Next Conor McGregor calls out Floyd Mayweather for potential mega fight