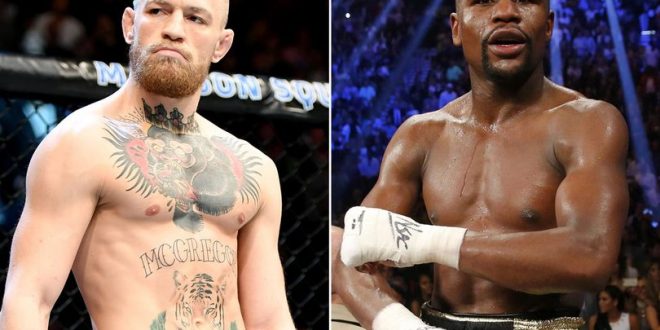 Conor McGregor has called out Floyd Mayweather once more.

The Notorious cranked up the heat ahead of a potential mega fight by saying that he will “break” the face of the former world champion boxer.

Mayweather has hit back on a few occasions throughout 2016 as the UFC’s first two-weight world champion looks to secure a lucrative cross-discipline bout.

McGregor took to Twitter to post a photoshopped image of himself in boxing gloves alongside Mayweather, insisting that any potential fight would indeed be a straight up boxing match.

And he wrote: “I’m going to break his face.”

Earlier this month, retired five-division world champion Mayweather made a clear reference to the Irish UFC star in a social media video, labelling the lightweight champion a “punk”.

The video comes after McGregor was issued with a boxing licence in California at the start of December, moving him a step closer to a mooted fight.

Mayweather, who hasn’t fought since retiring with a perfect 49-0 record after beating Andre Berto in his final bout in September last year, previously laughed off the rumours of a superfight.

“I’m gonna slap the s**t out of McGregor when I see him.”