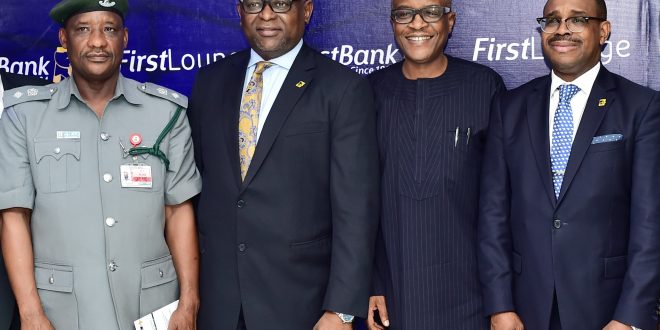 British Council in partnership with First Bank Nigeria plc has announced this year Lagos Theatre Festival holding from 28 February-March 5, 2017. From Tuesday 28 February – Sunday 5 March 2017, over 500 artists will gather to present over 70 performances at 16 Venues, spanning 6 days at the Lagos Theatre Festival, 2017. There will be something for everyone; from the new theatre fans young or old and returning visitors to the Festival.

According to a statement from the organizers, the event will witness over 70 performances for the 6 das running at the 16 selected venues.

“over 500 artists will gather to present over 70 performances at 16 Venues, spanning 6 days at the Lagos Theatre Festival, 2017. There will be something for everyone; from the new theatre fans young or old and returning visitors to the Festival.

“Nigeria’s Most Valuable banking brand, First Bank of Nigeria Limited in demonstrating its commitment and support for talent development in the creative arts industry is partnering with the British Council through its intervention initiative- First@arts to bring you Lagos Theatre Festival 2017. With over 109 shows, about 35 companies and more than 5,500 theatre goers attending in 2016, the festival remains one of the most diverse and exciting events of its kind and will continue to present the best in contemporary and classic work from leading artists.
“This edition of the Lagos Theatre Festival will portray the rhythm, soul and sights of Lagos. The theme: Rhythm of the City was selected to capture through performance, the sounds of Lagos expressed in the comings and goings, the repetitive activities and the music of the city. We will be seeing works that reflect specific auditory perspectives like noises, rhythm, beats, language and the likes, from a range of socio economic and geographic groupings across Lagos.
“Group Head, Marketing and Corporate Communications of FirstBank, Mrs. Folake Ani-Mumuney stated that “as a Nation builder and in line with the Bank’s goals in setting up the First@arts initiative, FirstBank is supporting the entire value chain of the creative arts, providing much needed financing and advisory services, showcasing and facilitating the successes of the industry, and enabling our customers explore the wealth of opportunities the creative industry has to offer.

“This is based on our deep understanding of the pivotal role the creative industry plays as a major contributor to national GDP growth and the industry’s inherent potentials for reducing unemployment rate through job creation across the creative arts value chain. We are delighted to maintain our partnership with British Council and other key stakeholders in the arts space even as we continue to meet the growing business, professional and entertainment needs of our customers, she added.
“Ojoma Ochai, Director Arts, British Council said “We are very proud of what Lagos Theatre Festival has achieved in terms of being a platform through which the Nigerian theatre sector engages with the rest of the world. This year’s festival will see visitors from International Network for Contemporary Performing Arts (IETM), International Association of Theatre Critics (IATC) and festival management organisations from around the UK like Walk the Plank, London International Festival of Theatre (LIFT) and institutions like Edinburgh Napier University – all possible only because the LTF platforms exists not just to show great work, but to ensure that international exchange and collaboration happens”
“Kenneth Uphopho, Festival Director, Lagos Theatre Festival said “it’s become much more than a festival! What we are offering at this year’s LTF is a lifestyle. We want you our esteemed audience to look forward to a thrilling experience.
“This year, there will be 5 curated shows from the UK and Nigeria in the festival. Four of the curated shows are winning scripts from the playwriting competition won by James Ene- Henshaw, Joy Isi Bewaji, Bode Asiyanbi,and Paul Ugbede. The plays will be produced by; Crown Troupe of Africa, Beeta Universal Productions, Tunji Sotimirin and Oxzygen Koncepts following grants awarded by the British Council.
“The fringe shows will see 35 companies from Nigeria, South Africa and Zimbabwe showcase work from all genres in the performing arts. These include comedy, experiential theatre, musical and Drama.
See you there!” For more details on the festival and all the activities visit www.lagostheatrefestival.com

Share
Previous Buhari Not Critically Ill, Not In Hospital- Lai Mohammed
Next Osinbajo Working On Foundations Laid By Buhari- Ojudu