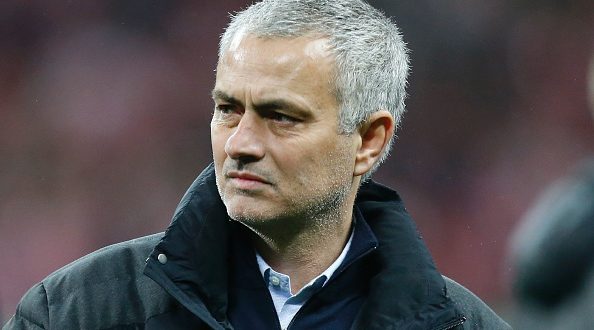 Jose Mourinho Hints on when he will retire from football

February 27, 2017 Comments Off on Jose Mourinho Hints on when he will retire from football 27 Views

Jose Mourinho insists he will step away from management the day he stops getting emotional after watching his side win.

The Portuguese boss led Manchester United to EFL Cup success at Wembley as Zlatan Ibrahimovic scored a brace to down Southampton 3-2.

The match appeared to take a lot out of Mourinho, who admitted in his post-match press conference that he felt extremely emotional after winning his first major trophy at Old Trafford.

When asked about his feelings after the dramatic victory, Mourinho said: ‘I had my last one [trophy] here for Chelsea and it was as emotional.

Mourinho also admitted he felt a great deal of relief after helping United lift the trophy at Wembley.

The ex-Chelsea boss became the first Old Trafford manager to win a major trophy in his debut season at the club.

‘I’m very happy as I was saying before it’s important for the fans, the club, the players,’ Mourinho added.

‘I try to put myself in secondary situation but the reality is that it’s hard for me, I put a lot of pressure on myself.

‘Winning is always special. The day I don’t get emotional when I win, that’s the time to go home.’