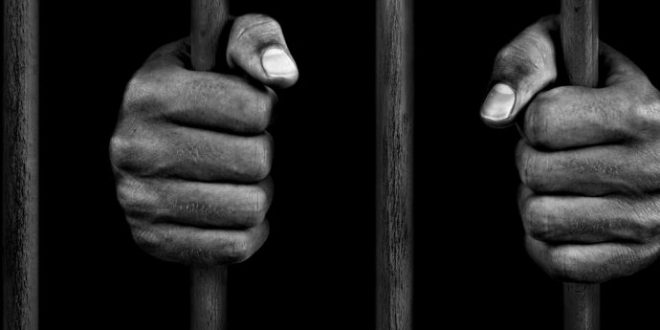 A Magistrate Court sitting in Osun state presided over by Mrs. Falilat Sodamade, has ordered that a policeman, Samuel Adebiyi, be remanded in the prison for allegedly shooting  two students of the Osun State University.

Adebiyi was arraigned on Thursday almost a month after he allegedly opened fire on the two undergraduates, Adesola  Kazeem and Ajao Ibrahim.  The shooting of the two students caused a serious riot in Osogbo on the same day as students made bonfires on major roads and prevented motorists from passing.

Although the charge sheet obtained by our correspondent from the court on Friday did not state  that the accused person is a policeman but the date of his offence, the place and the names of the students he shot showed that he was the policeman, who allegedly shot the two students.

The prosecutor, Mr. Mereti Wilson, told the court that the accused person fired three shots from a prohibited rifle and caused his victims injuries. The shooting, he said was an offence and it was punishable under the law.

The charge sheet read, ” That you Adeniyi Samuel on the 21st of January, 2017 at about 9am at Osundare Moses apartment or hostel, Oke-Baale area Osogbo did fire three shot from his prohibited rifle which hits one Adesola Kazeem student of Osun-State University,  which cause him deep injury on his hip.

“You also shot from his prohibited rifle which hit one Ajao Ibrahim a student of Osun-State University causing him injury on his cheeks and thereby committed an offense which contravened Section  320(I) of the Criminal Code Cap  34 Vol. II Laws of Osun-State of Nigeria, 2002.”

The policeman pleaded not guilty to the charges preferred  against him and his counsel, Mr. Abimbola Ige, made an oral application of his bail.

The magistrate   in her ruling denied the bail application and said the accused person should remanded in Ilesa Prison  before she adjourned the case to  April 10th for mention.

It will be recalled that the scores of students who staged a massive protest against the shooting of their colleagues attempted to raze down the Oke Baale Police Station but were repelled.

They also went to the popular Olaiya Junction,  blocked the road and made bonfires on it while accusing the police of always coming to extort the students under the guise of arresting them for Internet fraud.