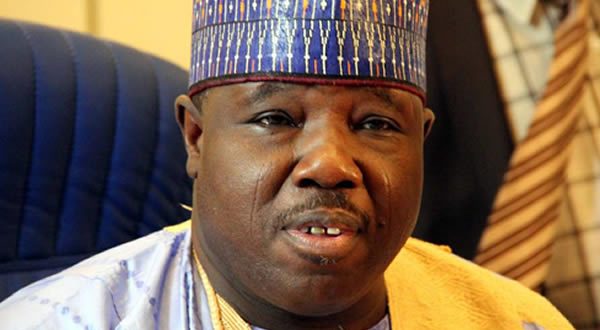 We won’t be part of Sheriff’s convention –PDP govs

An end appears not to be in sight to the crisis in the Peoples Democratic Party despite the plan by the National Chairman of the party, Senator Ali Modu Sheriff, to step down after the National Convention of the PDP.

This time round, governors elected on the platform of the PDP have said they will not be part of the National Convention being proposed by Sheriff.

They stated this on Thursday in response to a statement reportedly made by Sheriff on Wednesday when he received members of the party from the South-West.

The former Borno State governor had, on Wednesday, said he would quit office as “soon as a national convention is held and new national officers are produced.”

But the PDP governors, who are members of the Ahmed Makarfi-led faction, maintained that they would never be part of the convention.

Speaking on the development with The PUNCH on Thursday, the Chairman of the PDP Governors Forum and the Ekiti State Governor, Ayodele Fayose, said the proposed convention would be an exercise in futility.

Fayose stated, “We will never be part of the convention because it is an exercise in futility.

“The case is already at the Supreme Court; so, we await the outcome of the case.

“I repeat, Sheriff is a general without an army. Who are his governors or top political office holders?

“He is an agent of destabilisation in the PDP; he is a mole of the All Progressives Congress.”

Meanwhile, Sheriff, on Thursday, in Abuja, took over the party’s national secretariat.

Popularly called ‘Wadata House’, Sheriff’s return to the secretariat came nine months after he and members of his team were attacked and chased away by suspected hoodlums.

While speaking with journalists at his private office located at Maitama District in Abuja on Wednesday, Sheriff had said the secretariat would be opened before Friday (today).

Sheriff was on Thursday, accompanied by his loyalists to the secretariat, which had become desolate since May 2016.

Before his arrival, his advance team, which was made up of his deputy, Dr. Cairo Ojougboh; a former aide to President Goodluck Jonathan, Ahmed Gulak; PDP National Secretary, Prof. Wale Oladipo; National Auditor, Wole Adeyanju; Johnson Agbonayinma and Bernard Mikko were already within the premises.

Sheriff, who arrived at 6pm, was accompanied by Sen. Buruji Kashamu.

However, Sheriff waited for a carpenter, who broke the keys to the gate and the entrance of the building before he could gain access into the secretariat.

Speaking with journalists after gaining entrance, Sheriff said he was at the secretariat to assess it before resuming on Monday.

He stated, “We are here to assess the secretariat with a view to coming back on Monday. We want to see what kind of repair we need to do. We will invite cleaners and others to clean the place and while they are on it, we will continue with our consultation.

“The Appeal Court victory is for everybody. We will carry everybody along. We want to see how we can bring everybody together.

“First and foremost, let the party come together; the party must go to the people. We don’t want a situation where people are elected from Abuja. We will brief you next week on our road map.”

But the Makarfi group described the action of Sheriff and his team as illegal, saying the two parties ought to wait for the outcome of the appeal it lodged with the Supreme Court.

Spokesperson for the faction, Dayo Adeyeye, said the keys to the secretariat were kept with the Board of Trustees and wondered why Sheriff had to break the doors to enter the secretariat.

He said, “As far as we are concerned, the forceful entry of Ali Modu Sheriff and his team into the party secretariat is illegal and most unwelcome.

“We say this because the keys to the “secretariat are with the Board of Trustees and we’ve checked with them, and can confirm that the keys were not handed over to Sheriff or any of his followers.

“The implication of this is that he broke into the secretariat, which is a criminal offence.

“Given his act of illegality, we state clearly that he should be held responsible for any loss of documents or damage to the property within the party secretariat.

“His action is provocative and is capable of causing another round of crises in the party.”