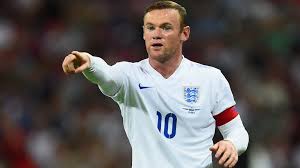 Rooney To Remain In Manchester United

February 24, 2017 Comments Off on Rooney To Remain In Manchester United 8 Views

Wayne Rooney has confirmed he will be staying with Manchester United for the foreseeable future.
After being linked with a move to China, the England captain said he hoped to “play a full part” in the rest of the Premier League club’s season.

“It’s an exciting time at the club and I want to remain a part,” said the 31-year-old.

His agent has reportedly been in talks with Chinese Super League clubs who have expressed their interests in him.

Rooney, who recently became the Red Devils’ record goal scorer, said he would remain at the club he joined from Everton back in 2004.

Share
Previous Mimiko Hands Over Power To Akeredolu
Next My Marriage Was Based On Gross Lies, Deceit, – Tonto Dikeh Tells Concerned Fans