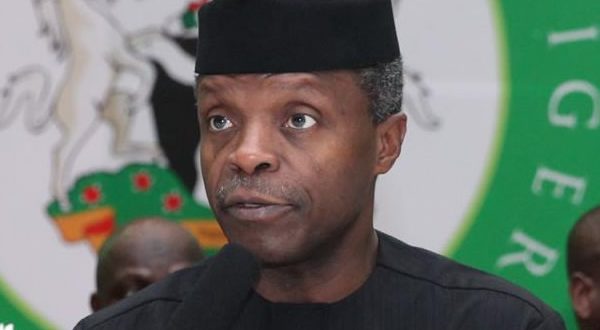 The Financial Times of London has observed governance in Nigeria, since President Muhammadu Buhari left the country over 33 days ago, and concludes that Acting President Yemi Osinbajo, has seized Buhari’s absence to deliver what Nigerians have been expecting for two years.

In an article written by Maggie Fick, its west African correspondent, the newspaper said “President Muhammadu Buhari’s five-week absence from Nigeria has triggered political jockeying within his ruling party as concerns grow about his health and capacity to lead”.

“His office tried to reassure Nigerians this week that “there is no cause for worry”, but it also said the 74-year-old, who has been receiving treatment in London, would need a longer period of “rest” than initially planned.

“And not even his own ministers know how ill Mr Buhari is, says senior officials,” Fick wrote.

The newspaper goes on to explain the zoning formula in Nigeria, quoting a senior party member as saying “whether Mr Osinbajo then becomes the APC’s nominee in 2019 is ‘anybody’s guess’”

“Still, some in government note that Mr Osinbajo has used the president’s absence to push ahead with the sort of action Nigerians have been hoping for since electing Mr Buhari two years ago,” FT wrote.

“‘People are happier with the performance and style of the vice-president — he’s more decisive, active and charismatic,’ said a senior government official.”

“The country has been in a freezer for the past year,” FT quotes the head of a multinational company in Lagos, to have said.