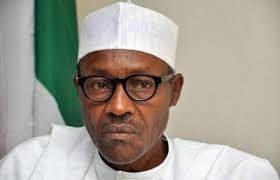 February 10, 2017 Comments Off on Buhari Policy Is Ponderous…Dead Or Alive Makes No Difference- Financial Times 13 Views

International publication, Financial Times has written a hard-hitting article on the administration of President Muhammed Buhari in the last 20 months.

In a article titled “Nigeria’s President is missing in action” written by the publication’s Africa editor, David Pilling  said president Buhari policies in the last 20 months are so clumsy that dead or alive is not easy to tell the difference.

Pilling spoke about Buhari’s absence from the country which has sent Nigeria’s rumour mill spinning.

“For two weeks, Muhammadu Buhari, Nigeria’s septuagenarian president, has been out of action, receiving medical treatment in London for an undisclosed illness. His absence has sent the rumour mill of Africa’s most populous nation spinning, with frequent erroneous reports that the president is dead,” he wrote.
Pilling also noted that the impact of President Buhari’s administration had not been felt due to the delays in policy making.

“The tragedy for Nigeria is that policymaking has been so ponderous during the 20 months since Mr Buhari took office that, dead or alive, it is not always easy to tell the difference,” he wrote.

“Under Mr Buhari’s slow-blinking leadership, Africa’s largest economy has drifted into crisis. Brought low by the weak oil price, on which government revenues are woefully dependent, the system has been starved of dollars.

“That has driven businesses into the ground, people on to the margins and the economy into its worst recession in 25 years. What had been a growing middle class is being daily eviscerated. High inflation, especially for food, is damaging the poor in whose name Mr Buhari ran for office,” he added.

Pilling said further that Buhari is still using the same policies he created while in office in the 1980s.
“Seventy per cent of Nigeria’s 170m people were not born when Mr Buhari was last running the show, so they might not notice that his policies are stuck in the same 1980s groove. Statist and redistributionist by inclination, he finds himself in charge of a dysfunctional state and an economy with few revenues to recirculate,” he wrote.

The Financial Times editor made reference to Buhari’s predecessor, Goodluck Jonathan who he described as “hapless.”

“To be fair, Mr Buhari inherited a dire situation courtesy of his hapless predecessor, Goodluck Jonathan. He did the country a service simply by beating Mr Jonathan in an election and sparing the country further wilful misrule,” he said.

Pilling finishes the article by saying that Buhari might not be as sick as is being rumoured, but he is already in rigor mortis politically.

“Nigeria has drifted before, though rarely at a time of such pressing crisis. In 2010, President Umaru Yar’Adua died in office after months in which his illness had been covered up,” he wrote.

“The man supposedly in charge of the country had been literally sleeping on the job. Mr Buhari may not be as ill as the rumours suggest. Politically, though, rigor mortis set in quite some time ago,” he added.