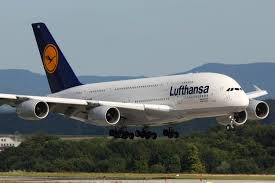 February 3, 2017 Comments Off on We Won’t Fly From Kaduna Says Lufthansa 24 Views

German carrier, Lufthansa,  has ruled out the option of flying from Kaduna airport during the closure of the Nnamdi Azikwe international airport in March.

The federal government has announced the closure of Abuja airport for six weeks to carry out repair of its runway and made Kaduna airport as an alternative during the period, but quoting Lufthansa’s spokesman, Reuters said the airline has promised not to make use of Kaduna.

We won’t fly from Kaduna during the closure of Abuja airport for six weeks,” the spokesman reportedly said on phone.

Hadi Sirika, minister of state for aviation, had earlier said the runway of Abuja airport exceeded its lifespan 21 years.

During the period of its closure, Abuja-bound passengers will have to fly to Kaduna and travel by bus to the nation’s capital, guarded by security.

A new terminal is under construction at the Kaduna airport.

Commenting on the matter, Wolfgang Goetsch, managing director of Julius Berger, said the airport would not have been closed if it was a case of “spot repairs” on the runway but the runway had to be closed because of a case of new construction.