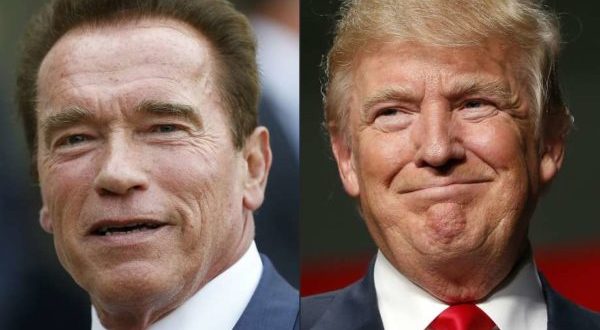 Australian Prime Minister, Malcolm Turnbull was not the only one in the past few days that got insulted by President Donald Trump. Film star and former governor of California, Arnold Schwarzenegger was also hit by Trump’s caustic mouth.

It was at the annual National Prayer Breakfast in Washington Thursday. The US president kicked off the event – designed to unite politicians with religious leaders – by asking the crowd to pray for his former television series, The Apprentice and Arnold Schwarzenegger, the programme’s new host.

After noting his own “tremendous success” as host of the long running reality series, the leader of the free world took a swipe at Schwarzenegger, who replaced him after he decided to run for president.

The run-in comes just one day after an explosive Washington Post report revealed Trump berated Prime Minister Malcolm Turnbull and hung up on him during a phone call about a refugee resettlement deal.

“We had tremendous success on The Apprentice and when I ran for president, I had to leave the show. That’s when I knew for sure I was doing it,” the 70-year-old started after thanking religious leaders for joining him.

“They hired a big movie star, Arnold Schwarzenegger, to take my place, and we know how that turned out. The ratings went right down the tubes. It’s been a total disaster and Mark [Apprentice creator Mark Burnett] will never ever bet against Trump again.

“And I want to just pray for Arnold if we can, for those ratings, okay?”

Schwarzenegger, a two-term former governor of California, wasn’t about to take the insult on the chin, and fired back not one but two salvos through his publicist and Twitter.

In his first statement, Schwarzenegger told Trump to start taking his job seriously.

“Arnold is praying that President Trump can start improving his own approval ratings, which were the worst in history for an incoming president, by taking his job seriously and working inclusively.”

In a Twitter video filmed shortly afterward, the former bodybuilder and movie star then suggested they swap jobs.

“Hey Donald. I have a great idea, why don’t we switch jobs?” he asked with a smirk. “You take over TV, because you’re such an expert in ratings and then I take over your job. Then people can finally sleep comfortably again?”

This is not the first time Trump has trashed Schwarzenegger – a Hillary Clinton supporter – over The Apprentice‘s ratings, which fell by a whopping 43 per cent from last year’s premiere.

When his season aired in January, Trump took to Twitter to say Schwarzenegger had been “destroyed by comparison to ratings machine, DJT [Donald John Trump]”.

Schwarzenegger took the high road, wishing him “the best of luck”.

“I hope you’ll work for ALL of the American people as aggressively as you worked for your ratings,” he replied.

At a White House press briefing, Trump’s press secretary, Sean Spicer, defended the president’s remarks at the breakfast, calling it a “lighthearted moment”.