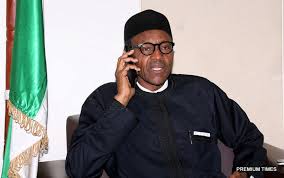 February 1, 2017 Comments Off on Buhari Calls Dalung From London Over Wife’s Death 26 Views

President Muhammed Buhari has called on  minister of youth and sports, Solomon Dalung  to commiserate with him over death of his wife, Briskila.

On Sunday, Dalung had announced the death of his wife on his official Facebook page. She died in Jos, Plateau state after a brief illness

Anibeze said the president prayed that God will grant the soul of the departed eternal rest.

He also prayed to God to give the family she left behind the fortitude to bear the loss.

The president promised to support the Dalung family in their moment of grief.

The funeral arrangement of the deceased, who is survived by her husband and five children, is yet to be announced.