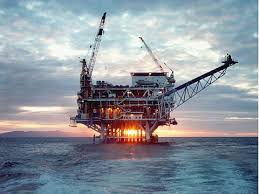 The federal high court , Abuja has ordered that the controversial OPL 245 been returned to the federal government , pending the investigation into the $1.1 billion Malabu oil deal.

The Judge, John Tsoho, gave the order , following an ex parte motion filed by the Economic and Financial Crimes Commission(EFCC)

The OPL 245 is considered as the largest oil block in Africa with over 9 billion barrels of crude.

The OPL245 was said to have been acquired from the federal government by Malabu Oil and Gas Limited in 1998.

The OPL 245 is a subject of investigations in at least five different countries across the world after two oil giants Shell and Eni paid about $1.1 billion into a Nigerian government account in London to take control of the oil block in 2011.

“The property known as Oil Prospecting License (OPL 245) is to be managed by the Department of Petroleum Resources on behalf of the federal government of Nigeria pending the conclusion of investigation and prosecution,” he had declared.

On December 20, 2016, the EFCC in a nine-count charge, accused Mohammad Adoke, a former attorney-general of the federation, and nine others of defrauding the federal government.

The house of representatives has also reopened its own investigation into the oil deal.