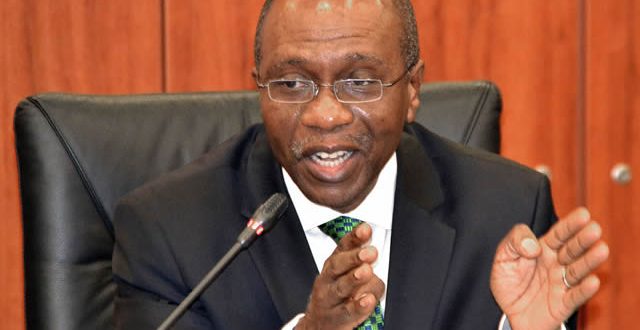 The Central Bank of Nigeria(CBN) Monetary Policy Committee (MPC) has retained an interest rate of 14 percent at the end of its first meeting in 2017.

The rate was announced by the Governor of the Central Bank, Mr Godwin Emefiele, at the end of the meeting held on Tuesday in the nation’s capital, Abuja.

He said the decision was reached after the committee members considered the economic outlook of Africa’s largest economy.

“The Committee in consideration of the headwinds in the domestic economies and uncertainties in the global environment, decided by a unanimous vote to retain the MPR a 14% alongside all other policy parameters,” he stated.

Briefing reporters at the end of the meeting, Mr Emefiele said: “With output growth improving sluggishly, the outlook for 2017 remains unchanged, owing to persisting uncertainties on commodity prices and volatility in financial market as well as slowing demand in the advanced economies and emerging market.

“The MPC welcomed the modest increase in oil prices following the last OPEC decision to cut output and noted the increase in the policy rate of the United States FED in December 2016 and the potential implications of that decision on international interest rates and capital flows.

“While noting the materiality of the cut in oil output, the committee cautioned that the effect could rapidly wane giving a likelihood of a supply glut from non-OPEC members, low level of global economic activity and weak growth”.

He also stated that the committee observed that the medium term outlook continued to be muffled by stagnation and uncertainty in the prospects of global trade, subdued investments and heightened policy uncertainty especially in some major economies.

“The agricultural sector is expected to play a more significant role in driving growth, giving the expansion of Anchor Grower Programme and other developmental initiatives of the Federal Government,” he further said, reading from resolutions reached at the meeting.

It also retained the asymmetric corridor at +200 and -500 basis points around the MPR.
Ten out of 11 members of the committee were present at the meeting.