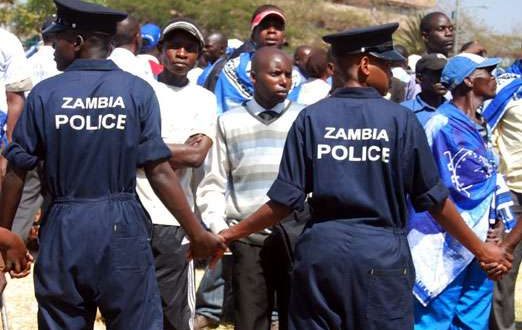 The ban by Zambia government on police officers from marrying foreigners has sparked public outrage.

Police chief issued a memo saying that officers are not allowed to marry foreigners, Africa review said on Monday.

“Be informed that the Police High Command has with immediate effect directed that no police officer should marry a foreigner.”

The memo was, dated January 11, and signed by the Inspector General of Police Kakoma Kanganja.

Zambians took to social media to criticise the move, after the order was leaked to the public, saying it was unlawful as it violates the officers’ right to choose a spouse.

But police spokesperson Esther Katongo, defending it said officers are informed about the directive before joining the service.

“Security is paramount,” Ms Katongo said adding that “Can you have human rights during instability?”

However, Reginald Ntomba, on a Facebook post said “Police officers who shoot and harm innocent citizens are a bigger danger to national security than the nationality of their spouses.”

“That the ‘High Command’ is more concerned about its officers’ spouses than the appallingly low levels of professionalism in its ranks reflects a frightening misallocation of priorities,” he added.

The directive further said officers who are already married to foreigners should declare their spouses within a week, failure to which they will face disciplinary action.

Citizens have condemned the ban with many taking to twitter, like Zenaida MachadoVerified account ‏@zenaidamz, saying : “ Police in Zambia banned from marrying foreigners, because “spouses can be spies”

Kennedy Gondwe ‏@KennedyGondwe said that, The #Zambia police has with immediate effect banned its officers from marrying foreigners. And those already married should declare.”

Skippy ‏@SkippyinZambia said “Police not allowed to marry foreigners in #Zambia Looks like they will have to get divorced or fired.”