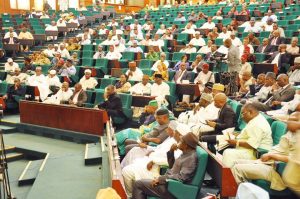 International oil companies operating in Nigeria have ignored probe summons over alleged theft of crude oil and Liquefied Natural (LNG) worth $17 billion exported to global destinations, including the United States of America.

While some of the major oil companies have responded to inquiries and pleaded for time to provide details of their involvement, others blatantly ignored the inquiries and have refused to explain their complicity in the alleged illegal crude export.

The House of Representatives had ordered a probe of about 20 oil companies and some government agencies, following a motion sponsored by the member representing Egor/Ikpoba-okha federal constituency of Edo State, Johnson Agbonayinma.

The oil companies in connivance with some federal government agencies were allegedly involved in the illegal exports between 2011 and 2014.

The House had in a resolution, set up a special ad-hoc committee to probe the deal.

The House last December inaugurated the ad-hoc committee headed by the chairman of the House Committee on Media and Publicity, Abdulrasaq Namdas, to probe the alleged theft and ensure that the stolen funds were recovered.

LEADERSHIP however gathered that inquiries by the committee were ignored by some major international oil companies and government agencies, while others pleaded for time to enable them provide required information.

While the Central Bank of Nigeria (CBN), Nigeria Liquefied Natural Gas (NLNG) and the Department of Petroleum Resources (DPR) pleaded for extension of time to explain their involvement in the crude exports, the Nigerian Customs Service, Nigerian Ports Authority, Nigerian Navy and the National Petroleum Investment Management Services (NAPIMS) are yet to respond to the letter.

The committee is reviewing a 2013 report produced by Molecular Power System (Nigeria) Limited, a firm engaged by former President Goodluck Jonathan to look into the records of crude oil and liquefied natural gas lifting in Nigeria, obtained by the NNPC.

The committee put the figure of undeclared crude shortfalls between 2011 and 2014 at 57,830,000million barrels. This translates to well over $12 billion worth of crude shipped to the United States.

The US was listed as the leading destination for the crude out of the 51 countries that received crude exports from Nigeria within the period.