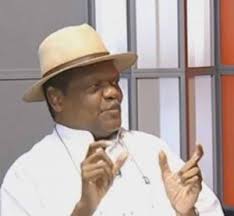 Chairman of Stnbic IBTC Holdings Plc, Atedo Peterside  says the  foreign exchange and demand management policies of the Central Bank of Nigeria have failed – and the bank must acknowledge this if Nigeria is to survive the current recession and build a resilient economy.

Atedo said , the more the restrictions placed on forex repatriation by CBN, the less likely it has become that the badly needed forex inflows from portfolio investors, foreign direct investors and Nigerians will pick up.

Speaking on ‘Beyond recession: Towards a resilient economy’, as part of the 14th Daily Trust Dialogue in Abuja on Thursday, Peterside said CBN had inadvertently created a siege mentality, thereby making privileged access to its forex allocations, which are reserved largely for the politically well-connected, the best investment game in town.

“The directive to banks to allocate 60% of forex to manufacturers who account for only 10% of GDP has exacerbated an already bad supply situation.,” he said.

“Forty percent is much too small to accommodate the rest of the economy and so all other sectors have been crippled, including the service sector, which accounts for over 50% of GDP.

“This has unleashed panic, thereby sending the parallel market to the high heavens. Forex inflows disappeared partly because of the uncertainty surrounding the ability to repatriate interest/dividends through an overly restrictive 40% window.

“There is nothing magical about 60% or 40%. It has no ‘scientific’ basis. Meanwhile it has huge adverse distortionary implications on the supply side. The end result has been our mind-boggling and widely divergent multiple exchange rates, which have spooked investors who have taken fright and also taken flight.

“Sadly, we have effectively ‘shot ourselves in the foot’ by taking unsustainable actions that crippled both forex inflows and the service sector, whilst favouring even those manufacturers who own ‘zombie’ industries that are horribly import-dependent.”

Peterside also lamented the failure of the federal government to “reach some accommodation with Niger Delta militants”. He wondered why the government failed to broker a peace deal has cost the nation over $6 billion per annum, especially considering that the three preceding administrations ended up brokering peace deals.

“Dithering over amnesty payments promised by a previous administration was ill-advised because government is a continuum,” he said.

“The FGN should urgently pursue high-powered negotiations, which should be brokered by persons with a healthy track record in this activity and the ancillary pipeline protection business.

“In the longer term, I favour a constitutional amendment that reserves a one per cent royalty payment to immediate host communities on ALL mining and mineral producing activity (including limestone, oil, precious stones etc.).

“Communities will then be well incentivised to keep production activity going. This will give them some significant ‘skin in the game’, which is preferable to a long-term reliance on amnesty payments which constitute a moral hazard. A 13% derivation payment to a possibly ‘unaccountable and distant’ state governor is not anywhere as effective as a 1% royalty payment to a host community.”