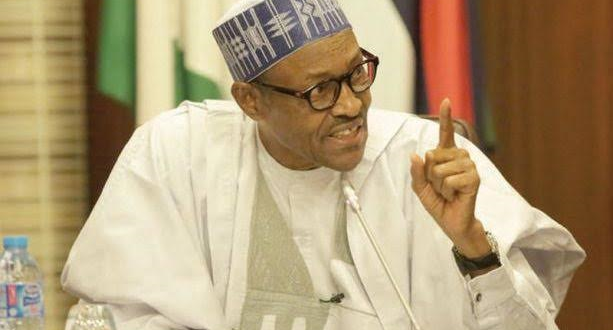 President Muhammadu Buhari on Thursday left Nigeria for the United Kingdom for what the Presidency described as “a short leave.”

According to a statement by his Special Adviser on Media and Publicity, Mr. Femi Adesina, the President would during the vacation undergo “routine medical check-up.”

He said Buhari was expected to resume work on February 6. The medical check-up was the third by the President in one year.

He had earlier embarked on a six-day vacation between February 5 and 10, 2016 when he remained in London.

During his vacation in June, last year, there were reports that he had an infection in his left ear, otherwise called Meniere Disease.

Buhari, according to a letter  to the National Assembly, is supposed to begin the vacation on Monday, but the President left for the UK on Thursday.

The President had directed the Vice-President, Prof. Yemi Osinbajo,  to take over in his absence.

But as of the time Buhari was leaving the country however, Osinbajo, was leading the Federal Government’s delegation at the World Economic Forum holding in Davos, Switzerland.

The Vice-President is expected back in the country on Friday.

The Presidency, in the statement on Thursday stated, “President Muhammadu Buhari leaves for the United Kingdom today on a short leave, which is part of his annual vacation. He is expected to resume work on February 6, 2017.

“During the vacation, the President will also undergo routine medical check-ups.

“In line with Section 145 (1) of the 1999 Constitution (as amended), the President of the Senate, and Speaker, House of Representatives, have been duly communicated.

The last public event attended by Buhari was the grand finale of the 2017 Armed Forces Remembrance Day held at the National Arcade, Abuja.

He appeared briefly in his office on Monday.

On Tuesday, he granted audience to the Cross Rivers State Governor, Prof. Ben Ayade, in his residence.

The President also cancelled a scheduled meeting of the Federal Executive Council on Wednesday and remained in his residence throughout.

While Buhari’s convoy vehicles were lining up in his residence for his take-off at about 12noon, his wife, Aisha, was granting audience to the co-chair of the Bill and Melinda Gates Foundation, Melinda, at the First Lady’s Wing of the Presidential Villa, Abuja.

Buhari in the letter to the National Assembly on Thursday gave notification on the 10-day “working leave,” effective January 23.

In the House of Representatives, the letter was addressed to the Speaker, Mr. Yakubu Dogara.

However, Dogara was not in chambers on Thursday, paving the way for the Deputy Speaker, Mr. Yussuff Lasun, to read the President’s letter to members.

Buhari, in an interview with selected journalists on Thursday said there was nothing wrong in him embarking on a short vacation as announced in a statement by the Presidency earlier 0n Thursday.

Buhari, who spoke shortly before leaving the Presidential Wing of the Nnamdi Azikwe International Airport, Abuja for London, United Kingdom.

“What is wrong with going on vacation? Didn’t I go last year at the same time?” the President asked rhetorically.

His Special Adviser on Media and Publicity, Mr. Femi Adesina, also said there was nothing to worry about over the development.

The presidential spokesman said, “The President is going to rest. You know that God did work of creation for six days and on the seventh day, he rested. So if God needed to rest, how much more human being?

“So, the President is just going to rest and the statement we have released is straight forward. He will go on this leave and during the leave; he will do routine medical checkups.”

The Chief of Defence Staff, Gabriel Olonishakin, told journalists that he led service chiefs to give the President security briefing “on our operations within and outside the country especially our involvement with the ECOWAS standby force” before he jetted out of the country.