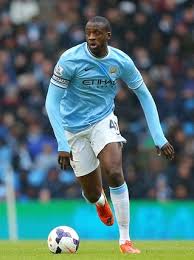 Manchester City midfielder, Yaya Toure, has rejected a £430,000-a-week offer from China for the second time.
The 33-year-old was the subject of interest from the Chinese Super League last summer as he decided against his transfer.

The Ivorian captain, whose contract with Manchester City expires in the summer, appeared in doubt, as he was left out of the City squad at the start of the season.

However, he has been a regular for the club since he was recalled in November.

Toure has been free to sign pre-contract agreements with clubs overseas since January 1, but it seems he prefers to play in the Premier League.