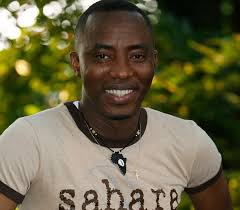 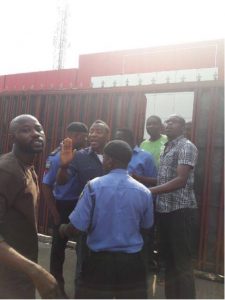 Publisher of Sahara Reporters,  Omoyele Sowore, has been released from police custody.

Sowore who was  arrested on Wednesday afternoon in Ikeja at the instance of a Journalist, Lekan Fatodu over alleged criminal defamation and blackmail was transferred to the State Criminal Investigation Department (SCID) in Panti before he was later released in the night.

Sowore had earlier accused the police of taking sides with Fatodu, whom he said assaulted him.

“I was physically attacked today by a gang led by Lekan Fatodu… he assaulted me before police officers at Area “F” in Ikeja in Lagos,” he had said.

“After the police intervened soon as I was attacked by Lekan Fatodu and his friends in Lagos, we were taken to the CP’s office in Lagos.

“Turns out he was in on this, he pulled out a supposed petition written by Lekan from his hat after that he became very hostile towards me and ordered that we be driven to State CID, at Panti in Lagos.

“It is very obvious that this was planned between Lekan Fatodu and the police. They offered him unbridled support as he continued attacking me.”

But Dolapo Badmos, spokeswoman of the Lagos police command, denied the allegation, saying the police intervened in a dispute between both men.

“Today, 11/1/2017 at about 15:39hrs, a distress call was received by the Lagos State Police Command that Mr Omoyele Sowore – Publisher of Sahara Reporters was being attacked by suspected hoodlums around Isaac John street, GRA, Ikeja,” she said in a statement.

“The police swiftly responded, and upon arrival at the scene contrary to the report that a robbery attack was taking place, the police met the duo of Mr Omoyele Sowore and Mr Lekan Fatodu engaged in a brawl/altercation.

“With a view to ascertaining what led to the false alarm of a robbery, both parties were taken before the commissioner of police.”

Badmos said it was later discovered that Fatodu had written a petition against Sowore.

She said the police had commenced investigation into the allegation levelled against the influential online publisher.

“In the course of police intervention, it was found out that the brawl is in connection with an earlier complaint of alleged threat to life, defamation of character and blackmail made by Lekan against Omoyele,” she said.

“Both parties were subsequently referred to the State Criminal Investigation and Intelligence Department (SCIID), Panti where the case has been under investigation.”