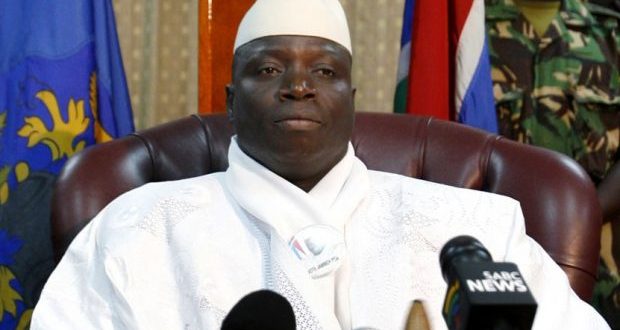 Yahaya Jammeh, president of Gambia, recently suffered a setback in his bid to use Gambia’s apex court to upturn the victory of Adama Barrow, his rival.

On Tuesday, the apex court postponed the hearing of the case for months, citing a lack of judges.

“We can only hear this matter when we have a full bench of the Supreme Court,” Emmanuel Fagbenle, the court’s chief justice, said on Tuesday.

The Nigerian judge said the extra judges needed to hear the case were not available.

The Gambia relies on foreign judges, notably from Nigeria, to staff its courts due to a lack of trained professionals in the tiny West African state.

Fagbenle added that he would prefer the country to resolve its political deadlock through the mediation underway by a group of West African leaders, who are attempting to persuade Jammeh to respect the constitution and step aside.

“This is why alternative dispute resolution is important,” he said.

“We are now only left with the ECOWAS mediation initiative and the inter-party committee set up by government to resolve the dispute.”

Meanwhile, Jammeh has asked the high level ECOWAS mediation mission led by President Muhammadu Buhari not to come to Banjul, the Gambian capital, on Wednesday.

Jammeh had initially agreed to meet the continental leaders on Wednesday, but he now wants them to come on Friday.

Buhari, who is mediating alongside John Mahama, the immediate past president of Ghana, said the mandate of the ECOWAS would be accomplished.