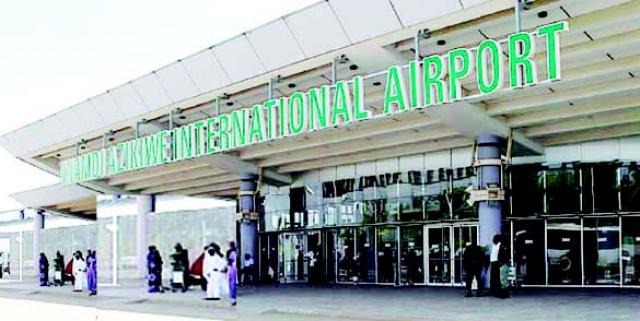 January 11, 2017 Comments Off on Senate opposes the closure of Abuja airport 73 Views

The Senate on Tuesday opposed the planned closure of the Nnamdi Azikiwe International Airport, Abuja, for the repairs of its runway and the diversion of flights to the Kaduna airport.

Those summoned were asked to appear before the Senate Committee on Aviation within 48 hours “to provide details on the planned closure as well as to explore other options that can avoid a total closure of the airport.”

The Senate acted on a motion titled, ‘The planned closure of the Abuja airport’; which was moved by Senator Hope Uzodinma (lmo West).

Uzodinma, while moving the motion, said the Senate noted that the Federal Airports Authority of Nigeria planned to close the Abuja airport for six weeks, beginning from March 6, 2017, to carry out repairs on the only runway at the airport.

The senator stated, “The Senate is worried that a six-week outright closure of a major and the only airport in the nation’s federal capital can trigger untold hardship on international and local air travellers and consequently dent the nation’s image.

“It is concerned that a complete shutdown of the airport will impact negatively on international trade and related activities, with a multiplier effect that can exert further pressure on an already recessed national economy.

“The Senate is aware of the logistics and security challenges the diversion of Abuja-bound flights to Kaduna will throw up, including endangering the lives and properties of international and local air travellers, who will be forced to travel by land from Kaduna to Abuja.”

Uzodinma said the Senate was sure that all the options had not been exhausted to avoid the shutdown of the only airport in the capital for six weeks, “including the option of a technical package to allow skeletal air operations at the airport while most repair work on the runway is executed at night.”

He said the Senate was aware that major repairs in the past had been carried out without the closure of the airport, noting that one more major repair without closure would afford the government the needed time for the construction of a second runway as a permanent solution.

“The Senate is determined to explore all other possible options that can avert the planned total closure of a strategic national port as the Nnamdi Azikiwe International Airport for six weeks with all its attendant consequences, including the breach of international conventions and treaties,” Uzodinma stated.

Senate President Bukola Saraki, who presided over the plenary, criticised the planned closure.

He said, “Where else in the world are things done this way? The idea of total closure of the Abuja airport is not the best option. Therefore, the Senate Aviation Committee should meet with the relevant ministers and heads of aviation agencies within the next two days for an alternative option and report back to the Senate within a week for final decision over the matter.”